Auckland Council has agreed to fund its share of a billion-dollar budget blow out in the City Rail Link, but has ruled out selling its downtown carparking buildings to do so. 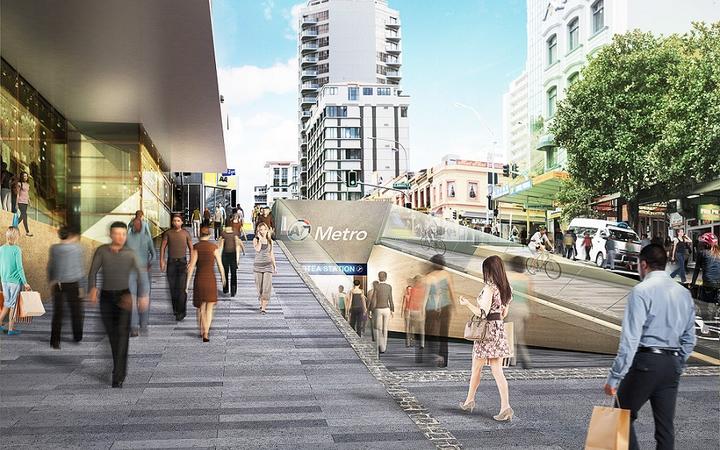 An artist's impression of the City Rail Link, the cost of which has blown out to $4.4 billion. Photo: Supplied

The downtown project, which being jointly paid for by the council and the government, will cost $4.4 billion, a $1bn increase on what was projected when works began.

The council is formally asking the government to fork out more to cover the increase.

In a six and a half hour meeting, councillors voted to pay $500 million more for its share of the $4.4 billion project, after costs escalated.

It had considered selling downtown carparks to help it do so, but took the outright sale option off the table today.

It would instead look into selling concessions to operate the carparks or partnering with private developers to raise funds from them.

The project, which creates a rail loop in the downtown area, will double rail capacity in the city and is 50:50 funded by the council and central government.

But several councillors said the government was leaving Aucklanders in the lurch.

Cr Daniel Newman said the project was major national infrastructure and the government should be paying for more of the blowout than Auckland ratepayers.

"I would like us to push harder against this government which, in my view, is getting away with a great deal in Auckland. They would pay for it elsewhere, they should pay for it here," he said.

But the final word went to mayor Phil Goff, who said Auckland risked being left with a hole in the ground if the council didn't commit to the funding straight away.

Earlier, City Rail Link bosses had said the contractors might walk away if there was delay or doubt over the funding.

Council staff said most of the money needed would come from budget adjustments and savings because of lower than expected interest rates.