A 33-year-old man remains in custody after suspected explosives were found at a house in the Christchurch suburb of Phillipstown yesterday. 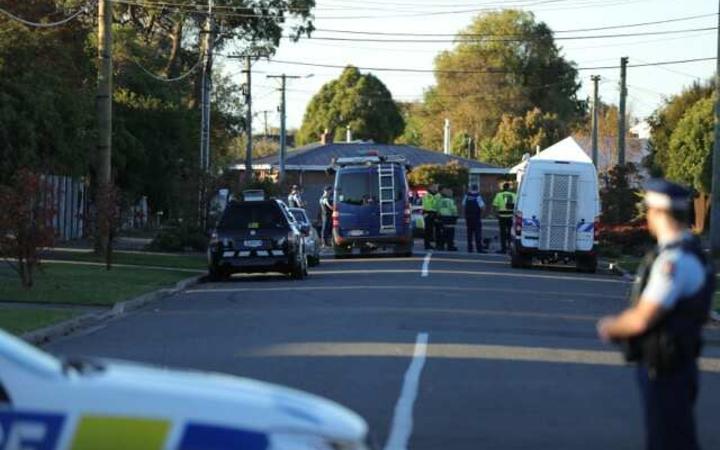 Police at the scene of the callout yesterday. Photo: RNZ / Conan Young

Jay Michael Harding-Reriti appeared in Christchurch District Court via video link today, charged with a raft of weapons-related offences - including possession of an improvised handheld explosive device, detonator cord and explosive gel, as well as knives and .22 calibre rounds.

Police said he was arrested yesterday at a service station in Aranui, and they are not seeking anyone else in relation to the incident. There are no known links between Mr Harding-Reriti and the Christchurch attacks on 15 March.

Mr Harding-Reriti appeared briefly before community magistrate Sally O'Brien this morning, then again before Judge John Gilbert this afternoon, dressed in a T-shirt and fidgeting throughout his appearance.

Yesterday afternoon items were located by the police, Fire and Emergency and the Defence Force on an empty property on Newcastle Street, at about 4.30pm.

Cordons were put up and several nearby houses evacuated while explosives experts made the package safe.

The empty property is owned by Housing New Zealand, who said the house on it was demolished six weeks ago as part of their redevelopment plans.