An Ōtara man has admitted to murdering a man he suspected of having an affair with his wife. 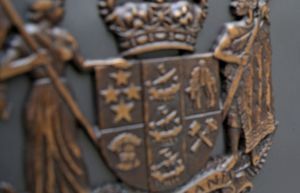 Ueta Vea, 44, appeared in the High Court at Auckland this morning, where he pleaded guilty to murdering 62-year-old Laulimu Liuasi.

Mr Liuasi was found bludgeoned with a machete on the grounds of Ōtara's St John the Evangelist Church on 13 January.

The pair both attended the church and had previously worked together doing grounds maintenance.

According to the summary of facts, Vea had discovered secret text messages between Mr Liuasi and his wife and suspected they were having an affair in November last year.

He confronted his wife and ongoing tensions led to an intervention facilitated by the church's priest but the affair was denied and his wife later asked him to move out.

On Sunday 13 January Vea spent time with his family in Onehunga and, on his way home, asked his wife to stop by her home on the pretence he wanted to collect an item for work.

The 44-year-old actually retrieved a machete from a cupboard and, wrapping it in a blue lavalava, was dropped off at his home by his wife.

He left his address around 5pm and walked to the church where he saw Mr Liuasi, a handyman who lived on the church grounds, leave his dwelling to ring the church bell.

Vea climbed through a window of the accommodation and lay in wait behind a wall in the kitchen.

When Mr Liuasi returned he ambushed him; striking him on the back of the neck, shoulder, hand and torso.

The summary of facts states that during the attack the defendant heard Mr Liuasi said "Fia ola" which means "I want to live" or "help".

Vea took Mr Liuasi's car keys and threw the machete in a wheelie bin outside.

The defendant drove the car to a dairy on Princess Street and walked to his wife's home to tell her what he had done.

She immediately drove them back to the church where she found the priest and accompanied him to Mr Liuasi's body.

When spoken to by police Vea immediately admitted the murder, told them where he had put the machete and explained he was angry about the affair.

He will be sentenced on 11 June.