The Corrections Minister has retaliated following tweets by Destiny Church leader Brian Tamaki, accusing him of preaching hate and saying his attitude is disgraceful and repulsive.

It comes after Mr Tamaki posted several vitriolic tweets as part of his battle to get his Man Up rehabilitation programme in prisons.

In a tweet yesterday, Brian Tamaki said the church would "plan through Private Visits to inmates in every Prison to bring Man Up in and cause inmate revolts in every prison".

He followed up today with another tweet, saying it looked like the prime minister and senior ministers had tried "a political gang rape" on him.

Mr Tamaki told Morning Report yesterday's tweet came out of frustration from the obstacles the programme had faced.

"I put that tweet out because they refused to listen, so what do you do when you've got something that our indigenous people want. Inmates are writing letters every day, I can give you letters."

Mr Tamaki said the tweet which talked of revolts was designed to get attention.

"The incitement is not serious, really, I can't cause that in prisons, how do I do that? We're not even allowed in ... but I got your attention, that's what it was."

Mr Tamaki said the Man Up programme was a successful programme for Māori and something needed to be done to reduce their rates of incarceration.

"I propose to the Corrections Minister, one year free I will give the Man Up programmes just in the Wiri prisons down the road from my church, one year without any funding and if the results don't show, throw us out, but if they show then let's talk." 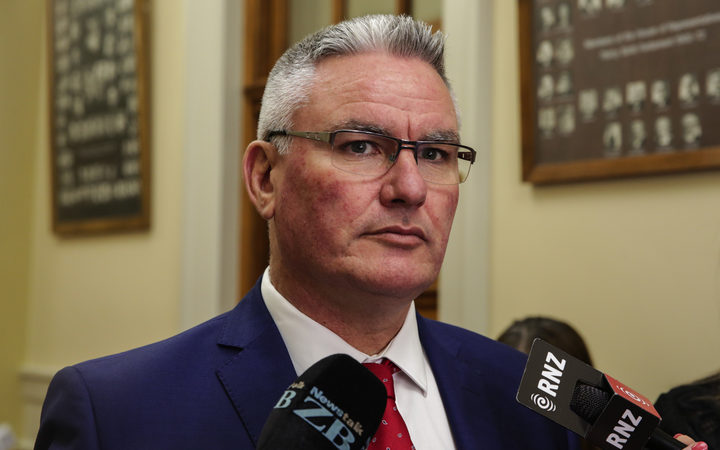 But Mr Davis said he had yet to see any independent reputable evidence that the Man Up programme works.

He told Morning Report he was not going to respond to Brian Tamaki's threat by letting him put his Man Up programme into prisons.

"He's cutting off his nose to spite his face if he thinks that he can talk like that, tweet like that and then be allowed to go into prisons," Mr Davis said.

It's necessary to apply and go through a process to get a programme into prisons, which Mr Tamaki had not done, Mr Davis said. However, now that Mr Tamaki has talked about organising revolts in prisons, Mr Davis said there would be no point in him applying.

Mr Davis said there was a lot of work Destiny Church could do in the community to prevent violence, alcohol and other abuse.