A New Zealander has broken the world record for the most merino ewes shorn in eight hours at a farm in Western Australia. 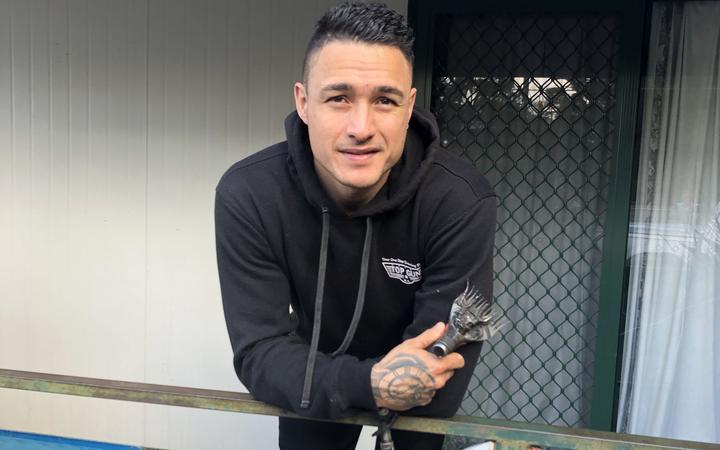 The 497 sheep shorn by New Zealand born shearer Lou Brown was 31 more than the record of 466 set by his coach and mentor, fellow-Kiwi Cartwright Terry.

Few jobs rival the physical demands of shearing, and Mr Brown's gruelling effort is attributable to years of practice and months of physical training and meditation.

On Rockcliffe farm near Kojonup, 250 kilometres south of Perth, hundreds people crammed into a dusty shearing shed to cheer on Mr Brown and witness the record attempt.

In the face of such commotion and fanfare, the 31-year-old stayed focused on the task at hand and sustained a pace of 1.04 sheep a minute.

In the moments immediately after those eight hours, Mr Brown hugged his coach and long-time mentor Cartwright Terry, who set the previous record in 2003.

In tears, Mr Brown then embraced his two children in front of a roaring crowd.

A member of the audience stepped to the front and performed the Haka in honour of Mr Brown's efforts.

"I've been shearing for 17 years and that's how long I've been dreaming of this," Mr Brown said.

"To just give it your everything and come away with a win is just unreal."

Mr Cartwright said his student had earnt his place in the record books.

"Of course, it was nice being world record holder, but world records are there to be broken," Mr Terry said.

"Doing a world record is something that's like an itch that can't be scratched - until it's done."

The 31-year-old is based in Bunbury, south of Perth. He was raised in Napier until he crossed the Tasman at the age of 13.

Judges from the World Sheep Shearing Records Society travelled from as far as New Zealand and Queensland to adjudicate and verify the record attempt.

New Zealand based judge Bart Hadfield said the record attempt was equivalent to running two marathons in a day.

"This is like climbing Mount Everest as far as shearing goes. It's the pinnacle of shed shearing," he said.

Mr Hadfield has seen about a dozen attempts in his time with the shearing records society.

At the beginning of April, New South Wales shearer Josh Clayton's attempt to claim the title failed, falling short of the record by 14 sheep.

"You've got to have everything going in your favour on the day to beat it because the tallies are all so high now," Mr Hadfield said.

As you might expect, the record attempt comes with strict rules for the sheep and shearer.

Each ewe must carry a fleece with an average weight of 3.4 kilograms and must be satisfactorily shorn with no more than 18 strokes of the handpiece.

"It's not just turning up and saying 'I'm going to shear these sheep'. A lot goes into behind the scenes," Mr Hadfield said.

"Mr Brown is a credit to the shearing industry."