Four people have been rescued from an overturned four-wheel drive in the flooded Hopkins River, near Mount Cook. 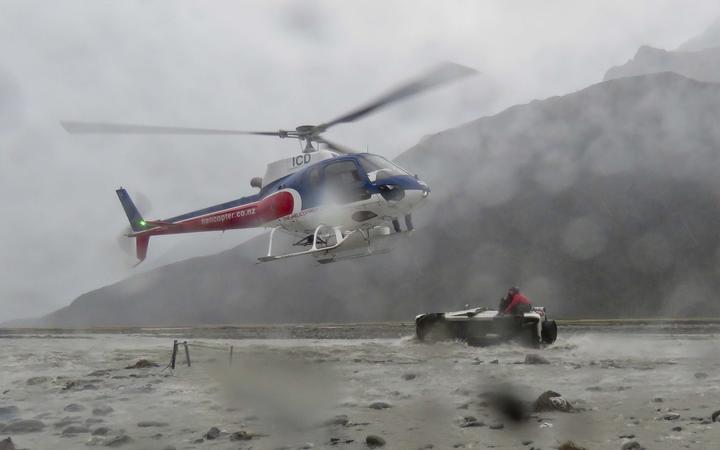 Two adults and two children had to climb out of the overturned vehicle and were perched on top, surrounded by flood waters.

A rescue helicopter hovered overhead and pulled them all to safety using ropes. 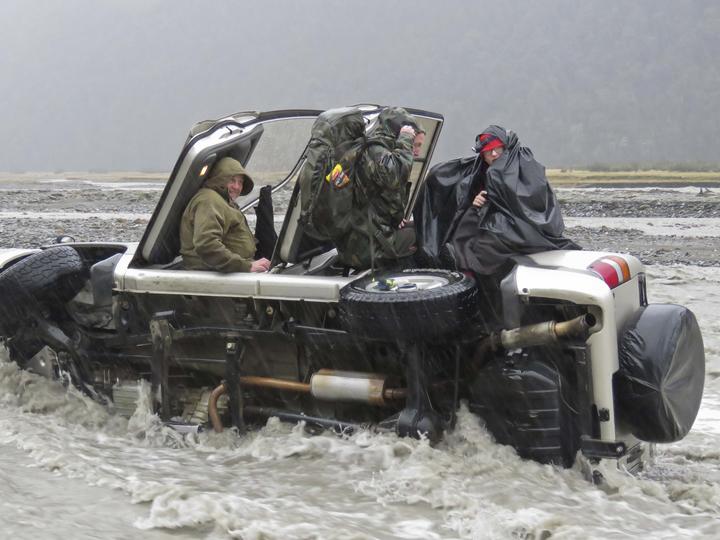 Two adults and two children wait to be rescued after their vehicle overturned in the flooded Hopkins River. Photo: Supplied / Aoraki Mt Cook Department of Conservation Search and Rescue Team

The search and rescue team leader, Jono Gillan, said the four people were perched atop the vehicle for two hours before rescuers arrived at the scene, at about 11.10am.

None of the people were injured, and they've since returned home.

Maritime senior search and rescue officer Tracy Brickles said it was an impressive rescue by the helicopter pilot and three rescuers on the ground.

She said the people had earlier activated a search beacon, because they were out of cellphone range. Without the beacon, she said they could have died.

"We ask people heading outdoors this weekend to make checking the forecast their first priority.

"MetService has a severe weather warning out for Fiordland, Westland, and the Canterbury headwaters with heavy rain forecast. There are a few swollen rivers and lakes. When the weather's bad, extra care is needed.

"We'd like to thank the Aoraki Mt Cook Department of Conservation Search and Rescue team, the Helicopter Line and the Otago Rescue Helicopter for the professionalism and skill they've demonstrated today.

"Today's rescue reinforces what we already know: distress beacons save lives. They're not just for trampers, hunters or boaties - distress beacons can be lifesavers for anyone who's heading into a remote location. 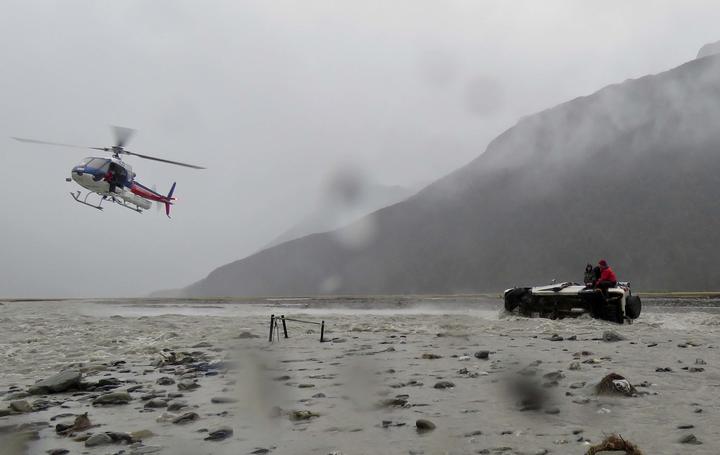