Greenlane is the latest hospital to fall foul of firestopping standards designed to slow down the spread of flames and smoke. 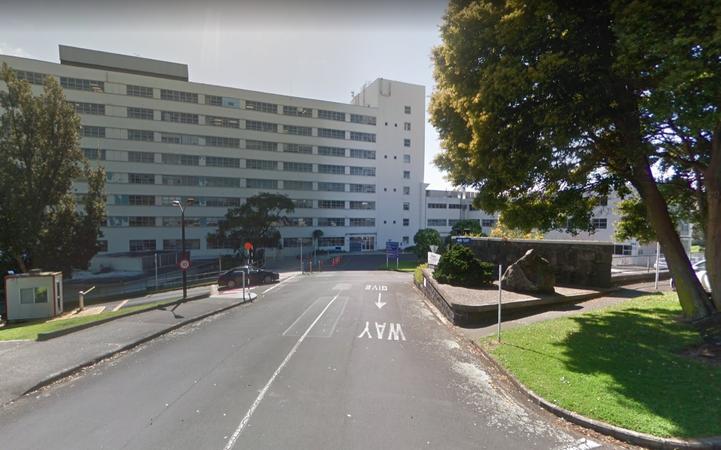 It is not up to scratch, and unlike Starship children's hospital, where more than 1000 holes and gaps have been fixed, Greenlane Clinical Centre is lower down the Auckland District Health Board's to-do list.

The board insists the risks are very low.

However, documents released under the Official Information Act show the problems are extensive.

This is the latest evidence of a countrywide problem with poorly firestopped big buildings: RNZ has already reported on defects at South Auckland and Northland hospitals.

At Greenlane and Starship, 200 pages of job sheets show the extent of the work that's had to be done; at least 2000 jobs since 2017, 1600 of those at Starship, mostly in the ceiling cavities.

The health board's statements show a crunch point came four years ago when inspectors looked up inside the hospital ceilings.

"Our expectation had been that whenever work was done in our ceiling spaces, they would be firestopped. However, reviews showed that firestopping was not consistent across the DHB's buildings," it said.

Firestopping standards have hardly changed since the early 1990s, yet the board said "the standard for firestopping was not well defined" four years ago.

It is very common for firewalls to be put up wrongly during construction, and this not picked up, especially in ceiling cavities that inspectors might not check, or for holes to be put through walls and floors during renovations, without the right fireproof sealants being used.

Fire can burn out pipes and cables quickly, leaving a hole that flames, smoke and gas spread through more quickly than evacuation plans allow for.

The Auckland DHB hired engineers to come up with its own firestopping guidelines.

"Past firestopping investigations have identified some areas needing remediation and a programme of work is underway to address these."

It was quick to add: "All our clinical buildings and other main buildings have sprinkler systems in the ceiling cavities and floors as well as heat detectors, which reduces fire risk to extremely low levels."

Starship had undergone a decade of refurbishment, with its firestopping fixed, floor by floor, the board said.

However, just last year plans showed the fire protection systems at the children's hospital and City hospital were among a raft of essential services that are too old and "not fit for purpose".

"It does not pose any risk to our current patients as we keep things running through an active maintenance plan of remediation and repair, but this becomes more difficult as our infrastructure reaches the end of its life," the board told RNZ.

The government and Auckland DHB are putting $300m into upgrades at City, Starship and Greenlane over the next nine years, including new fire protection systems.

As for the firestopping, City hospital was in best shape, having been built up to standard in 2003, and Starship had now caught up, the board said.

Greenlane is the problem child, with the health board less certain what it should demolish and replace, and what it should fix up. It has a lower risk profile than an in-patient hospital because it is mostly outpatient.

"We are confident the buildings at Greenlane are safe for those who occupy them."

The DHB did not know the extent of the firestopping defects it had, until it went looking for them.

The annual checks that buildings undergo for their warrants of fitness had not caught them, though these are meant to.

The private inspectors who did those warrant of fitness checks at Auckland DHB have not been identified by the Auckland Council, which accepted their sign-off.

"Auckland Council does not sign off building WOFs," the council's manager of building consents, Ian McCormick, said in a statement.

This was the job of an Independent Qualified Person (IQP).

"Our role is to keep record of the IQP's inspection forms. An IQP is a specialist expert in the field and is considered qualified to undertake the inspections independently of council."

The council has also not identified to RNZ the fire engineer who signed off hospital buildings at Middlemore as compliant for firestopping measures, when they were not. The council said that it was unlikely consents issued before 1997 showed this detail. However, these buildings are newer than that.

The Auckland DHB said all its buildings had a current council warrant of fitness, including Greenlane.