New Zealand fans of Marvel movies will be the first in the world to see the finale of an epic narrative that's been told over the past 11 years and through 22 films. 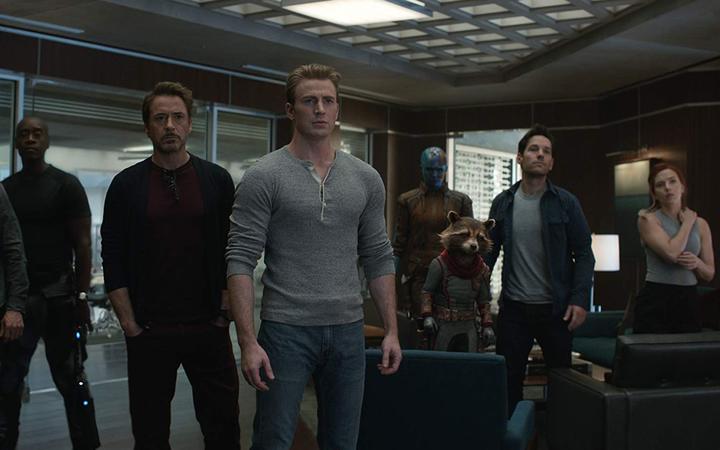 Avengers Endgame premiered this morning and is the culmination of a story that has been steadily building ever since Robert Downey Jnr first donned the Iron Man suit in 2008.

The film will bring together 11 franchises under one huge, cinematic umbrella that will last for three hours, with no intermission.

The title, Endgame, was foretold by Dr Strange in last year's Avengers Infinity War, when he said there was no other way than to let Thanos, win.

But there was a glimmer of hope when he told Ironman/Tony Stark that the team had odds of just over 14 million to one of overcoming the mad Titan.

Better odds than winning Lotto's Powerball so all was not lost for fans, including 14-year-old Finn Thorpe from Auckland who was counting down the seconds till Endgame.

"Very excited I can't really wait! I'm trying to keep busy and keep my mind off it," he said. 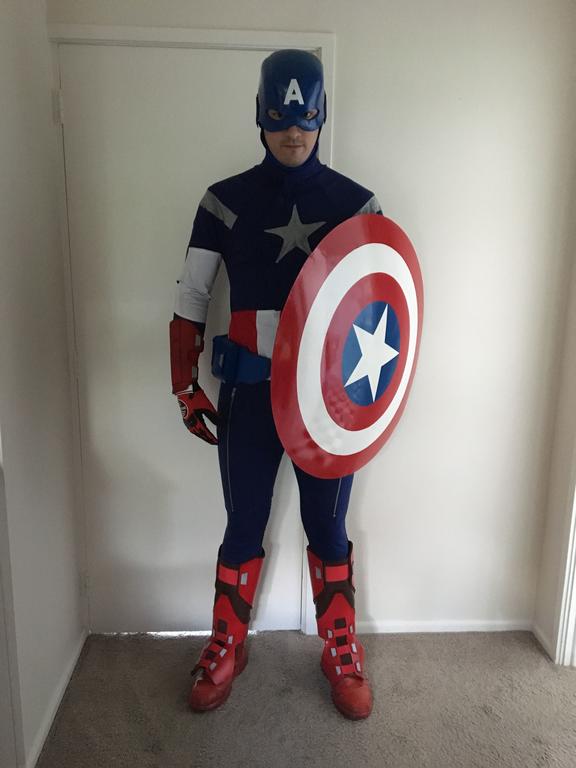 With his family, he's spent the last four months re-watching all the films of the Marvel Cinematic Universe.

It was an idea influenced by his dad Steve, who was just as much of a fan.

"I really like the films and it was probably my idea (to watch the films in order) and Finn got on board."

"Pushing it, one a week maybe and then two a week," he said.

Another super fan, Aucklander Ben Holmes, had been a Marvel devotee for 25 years.

"Very excited, they're hinting at a twist but everyone is sworn to secrecy, so looking forward to it."

Ben always dressed up in costume for the premieres of superhero films and Endgame would be no different.

He said he would be going as Captain America in a hand-stitched costume made by his mother-in-law.

His wife, he said, would go as the Cap's first love, Agent Peggy Carter.

Very little had been given away in the trailers about the film which was exactly the way fans wanted it, according to Bill Geradt from the Armageddon expo.

"I'm just looking forward to going in and not knowing what's going to go on and how big people are going to be and who else is going to pop up.

"You can write the story in your head but until you see it you don't know what they've been weaving," he said.

Secrecy had been a huge part of the build up with the directors, brothers Joe and Anthony Russo, last week writing an open letter to "the greatest fans in the world" fans pleading with them not to spoil it for others.

They asked that when fans see the movie in the coming weeks, not to give away the ending to others because "Thanos demands your silence." 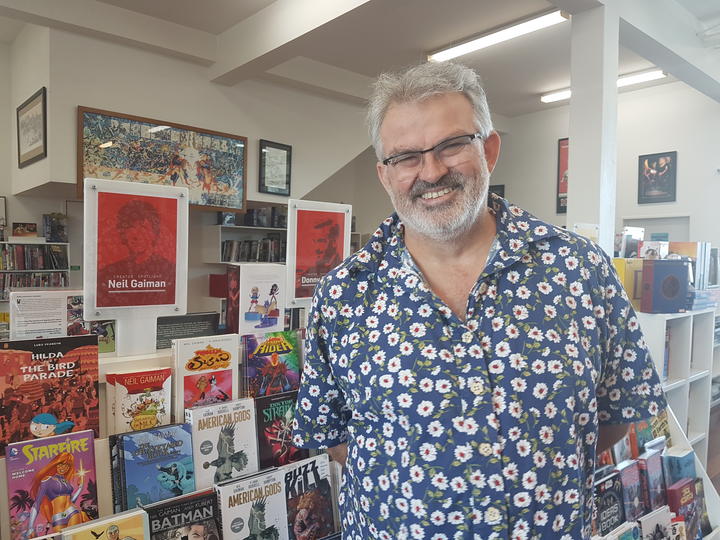 Stu Colson said using multiple films was the only way Marvel Studios could do justice to the source material of the comics. Photo: RNZ / Joanna MacKenzie

Stu Colson, who runs the Heroes for Sale comic book store on Auckland's K-Road, said the scale of story telling over so many films had been unprecedented.

But it was the only way that Marvel Studios could have done justice to the source material of the comics.

"They're dealing with Thanos properly because he is a huge villain."

"If you had set him up in a film and it was over and done with in 2.5 hours and a bunch of superheroes and dispatched Thanos straight away it probably would have made the other films not work," he said.

Auckland University lecturer Neal Curtis, whose research includes superheroes, agreed and said the length and breadth of the story had been visionary.

"I can't think of anything in cinema that gets anywhere close to the Marvel Cinematic Universe in terms of its ambition and complexity.

"And the way all these different franchises all speak to each other and refer to each and other cross pollinate, it's fairly extraordinary," he said.

All the many fans RNZ spoke to said they would steer well clear of social media to avoid spoilers before they could find out first hand how the Avengers finally dealt with Thanos.