Some of the best futsal talent from around the country gathered to honour a mosque attack victim by playing the sport he loved in the spirit he wanted it to be played. 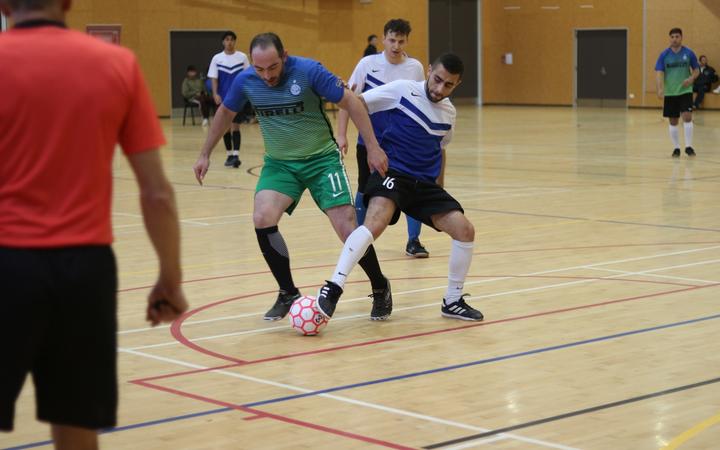 One of the organisers, Fadi Al Seenawi, in the green and blue said the Atta Elayyan Men's Memorial Futsal Tournament will be an annual event. Photo: RNZ / Katie Todd

The two-day Atta Elayyan Men's Memorial Futsal Tournament was held at the YMCA Bishopdale in Christchurch yesterday and today.

And the futsal tournament is set to become an annual event in Christchurch after attracting about 100 players.

Atta Elayyan, 33, played 19 internationals for the Futsal Whites before he was killed while praying at the Al Noor Mosque last month.

Elayyan's team-mates were cheered on by some of his family and friends - including his wife and two-year-old daughter, members of the Muslim community and people he worked with in the tech industry.

One of the organisers Fadi Al Seenawi said it was one of the biggest futsal tournaments Christchurch had ever hosted.

He wanted the event to be a chance for people to heal and find togetherness after Mr Elayyan's death.

Ronan Naiker, who coaches the Canterbury United Futsal Dragons, said it was about getting everyone together in an environment Mr Elayyan "thrived in".

"He was competitive, as much as everyone else, but he was a gentleman in the game. So it's about playing a futsal tournament to remember him but in the spirit he wanted it to be played," he said.

After pipping the Mini B's for top spot in a high-energy final, East Side Blue team took home the Atta Elayyan Empathy Shield, named after one of Mr Elayyan's enduring qualities.

Some of Atta Elayyan's playing shirts, framed and donated by Football New Zealand, were also auctioned off at the event. 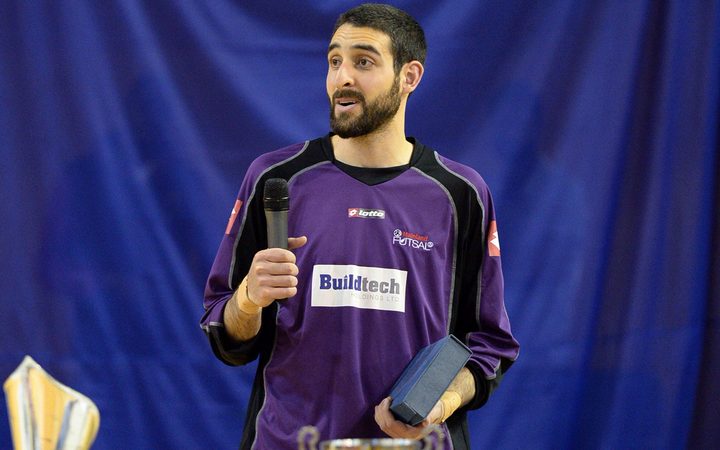