A nationally vulnerable duck species is making a comeback following a programme to curb predators in Fiordland. 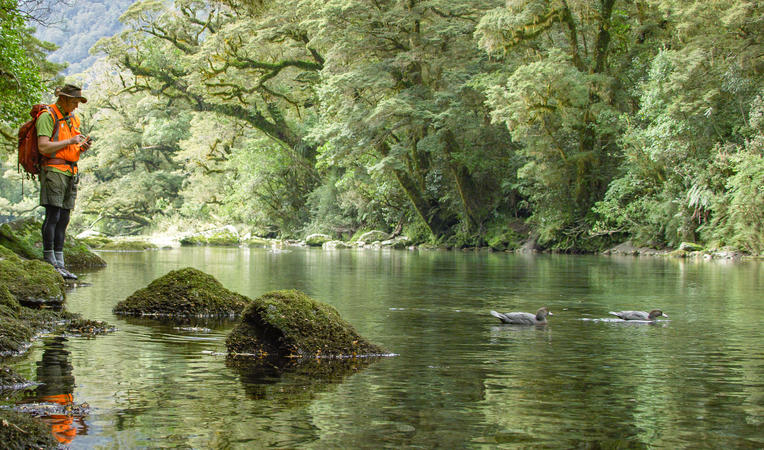 About 64 breeding whio have been found during surveying of a security site for the blue ducks.

"Security sites are the highest priority whio conservation areas in the country, there are four in the North Island and four in the South Island. The target of 50 breeding pairs is set for each security site through the Whio Recovery Plan," Mr Smart said.

"A couple of sites on the North Island have reached this target, but we're the first confirmed site on the South Island to do so."

Only three pairs were found about two decades ago so they had come a long way, he said.

But there was plenty of work left to do to secure a future for the whio, Mr Smart said.

"We are only doing work over a relatively small area and this is where we are making a difference.

"Predator control has to be kept up and expanded for whio to have a chance to increase in number and spread over their natural range."