The Department of Conservation (DOC) is appealing for any information about the death of a harrier hawk, or kāhu, in Wairoa this week. 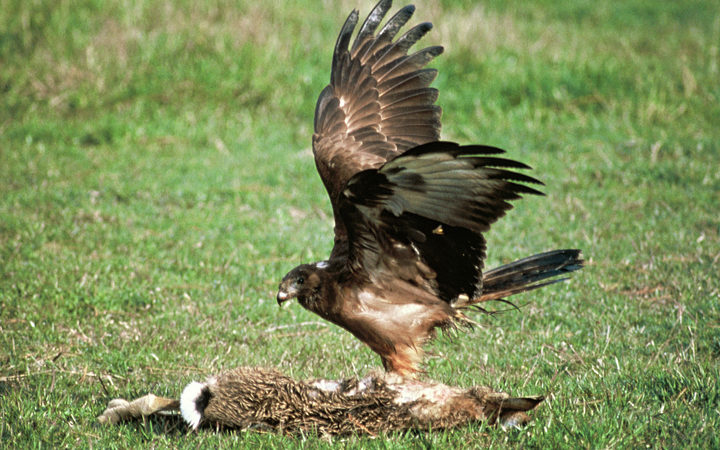 The harrier hawk may have escaped and had been unable to eat. Photo: RNZ /SUPPLIED

The bird - which has partial legal protection - was found dead and extremely underweight with tethers attached to its legs.

DOC said the bird suffered a slow miserable death and appealed for information over the incident.

He says it may have escaped and been unable to feed.

"It is never okay to treat a wild bird badly in order to domesticate it," he said.

The bird has been sent to Wildbase Hospital for a necropsy and further analysis.

The carcass has now been sent to the wildlife hospital, Wildbase, in Palmerston North for further analysis.