A seventh person has now been charged in relation to the death of a man found in the Bay of Plenty last year. 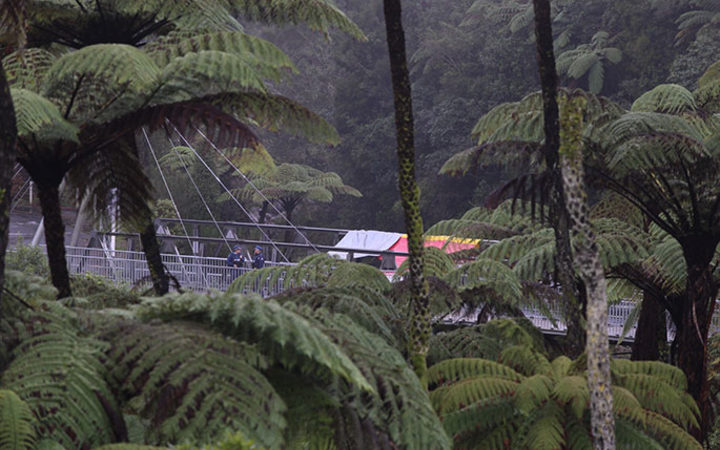 The body of Mitchell Paterson was found at McLaren Falls, west of Tauranga. Photo: SunLive/Cameron Avery

The body of 26 year old Mitchell Paterson of Ngaruawahia was found below the McLaren Falls bridge last July.

One man and one woman are facing lesser charges including conspiring to defeat the course of justice.

The charges against the six were laid last year.

But a seventh man, Dylan Boyle, made his first appearance at the High Court in Hamilton today on a manslaughter charge.

All seven have pleaded not guilty and their trial is set down for July.