A new study shows kiwi chicks are more likely to survive to six months of age, following a 1080 drop to control pests. 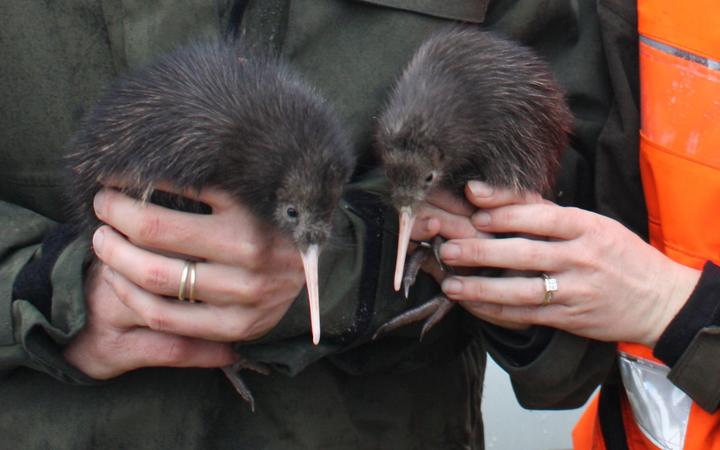 In the 22-year study, the Department of Conservation (DOC) monitored radio-tagged adult male brown kiwi, as well as 207 kiwi chicks hatched in Tongariro Forest between 1996 and 2014.

The kiwi chicks were monitored until six months old when they reach a size where they could fight off stoat attacks.

There were four joint 1080 operations through DOC and OSPRI in the 22-year period.

DOC principal science advisor Hugh Robertson said the research showed in the first year after a 1080 drop, more than half of the kiwi chicks survived to six months old in the first breeding season.

"The following year the survival of chicks was 29 percent and then it dropped down to 17 percent, then 15 percent for the next two years, so it dropped quite steeply from the 50 percent survival [rate] to begin with," he said.

He said the research supported DOC shifting in 2014 to a three-year cycle of aerial 1080 control in Tongariro Forest.

"Going to a three-yearly cycle means you still get the two good years and only the one relatively poor year.

'Anything shorter than that is not sustainable, either socially or you can also get resistance in the possum population," he said.

In addition, none of the 142 radio-tagged kiwi monitored through four aerial 1080 operations were poisoned.