The number of fines handed out by static speed cameras last year was more than three times higher than in 2017 and 20 times more than it was in 2013. 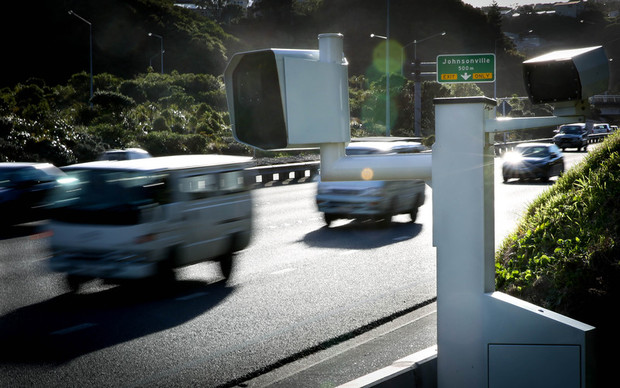 The large increase in infringements issued is down to an increase in speed cameras, rather than in increase in work for police, with the number of tickets issued by officers in 2018 down 29 percent on a decade earlier.

Static speed cameras were responsible for almost half of all tickets issued in 2018, with 611,718 sent out.

On top of that, 351,591 tickets were issued by mobile speed cameras (the vans sometimes parked alongside the road), and 228,175 were issued by police officers.

The static cameras issued $54.8 million worth of fines, up nearly $40m on the previous year.

A camera in Whangārei was the highest earner, making $4.8m in 12 months.

"What we're trying to do is to get people to slow down, not necessarily issue a huge number of tickets.

"There have been some recently, like the camera in Kamo, issuing $4.8m worth of tickets in 12 months.

"Really, there should have been an intervention before that occurred to see what else could be done in that area to help people slow down."

He said that defied the purpose of having speed cameras, which should be a deterrent, not a cash machine.

"A camera issuing a ticket is simply measuring that there was an unsafe speed in that area," Mr Noon said.

People should be given the opportunity to slow down, Mr Noon said.

"That's why everywhere, except for New Zealand, they sign those areas."

Police data showed a decline in the number of officers giving out tickets.

Road police RNZ talked to said they were understaffed and no longer focused on prevention. Instead, they were reactive.

While the total number of tickets issued, including speed cameras, went up by more than 500,000 in that period, the number issued by an officer dropped by more than 130,000.

Mr Noon said he seldom came across a police car on the roads.

"We are concerned because a few years ago, there were three million roadside alcohol tests being done a year, and last year that had dropped to 1.4 million.

"We are concerned that we think the general deterrent effect, and the belief of the public that if you drink and drive you are going to be stopped by the police and caught, may have fallen away a bit."

Police declined to be interviewed but in a statement about a horror run of 28 road deaths in 10 days this month, assistant commissioner Sandra Venables said police could not make roads safer on their own.

"We need everyone's help to keep our roads safe. Remember, decisions you make as a driver impact not only on you, but on everybody else on the road."

As of Thursday last week, Ministry of Transport data showed 114 people had died on the roads this year, one fewer than had died by the same point in 2018.

Twelve of those killed were under the age of 16.