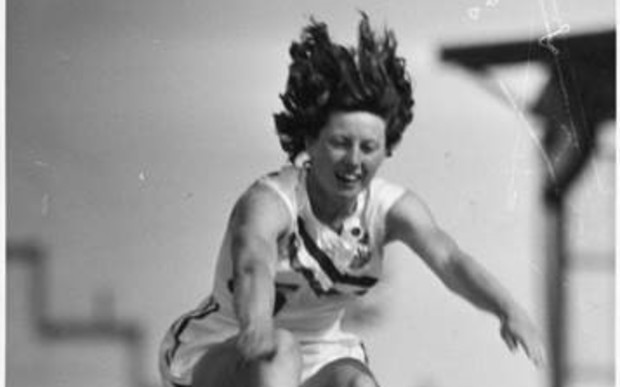 Williams, whose married name was Yvette Corlett, was one of New Zealand's greatest athletes and set world and Olympic records.

The Dunedin born athlete also competed in discus and shot put, and across her disciplines won a staggering four gold medals and one silver at Commonwealth Games.

Her Olympic gold came in the long jump at the 1952 Helsinki Games.

She would later reflect on the Olympic gold medal as the highlight of her career by far.

"It's something you can do only once every four years and you have to be right at the peak of your career and just be able to produce it on the day so the Olympic medal is the hardest one of all to win. You can break a world record at any time. The Olympics - it's an ideal that everybody aspires to," said Williams.

Without the benefits of sport science and little support, Williams' regime included lifting concrete blocks and sand bags, running with army boots on her feet, and training in the soft dunes of West Coast beaches.

After her Olympic success Williams took a month-long holiday in Europe before returning to New Zealand where she was welcomed back a national hero.

She was fêted at public receptions in Auckland, Dunedin and throughout the South Island. It would be 40 years before New Zealand would celebrate another female Olympic gold medallist - windsurfer Barbara Kendall at the 1992 Barcelona games.

At the 1954 Commonwealth Games in Vancouver, Yvette Williams achieved the remarkable feat of winning the long jump, discus and shotput.

The long jump and discus were held at the same time, and she ran from one event to the other, changing 12 times from rubber-soled to spiked shoes.

She also broke a long-jump world record back in 1954 and held 21 separate national titles in athletics. She was an exceptional all-round athlete. She also played basketball for New Zealand.

She retired from international athletics in 1956 at the peak of her career, choosing a family life in Auckland with her husband Buddy Corlett who she had four children with.

Williams remained involved in sport and worked for many years as a physical education teacher. She was inducted into the New Zealand Sports Hall of Fame in 1990.

She remained involved in athletics though, and was a founding member of the Pakuranga Athletics club in the early 1960's.

Williams was made a Member of the Order of the British Empire in 1953 and a Companion of the New Zealand Order of Merit in 2011.

At a time when women were expected to keep house, Williams was a trailblazer for generations of women who followed.

The sports writer, Peter Heidenstrom, rated her as New Zealand Athlete of the Century, and in 2000 a poll ranked her as the top New Zealand sportsperson of the 1950s.

In later years, she suffered from ill-health, including bowel cancer and a brain abscess.

A sad day for New Zealand sport as we confirm the passing of Yvette Corlett ( née Williams).

Yvette will be missed by all who knew her. pic.twitter.com/0np8nDXpah