The man who shouted Islamophobic comments outside Al Noor Mosque would be allowed to come in and apologise, a representative of the mosque says. 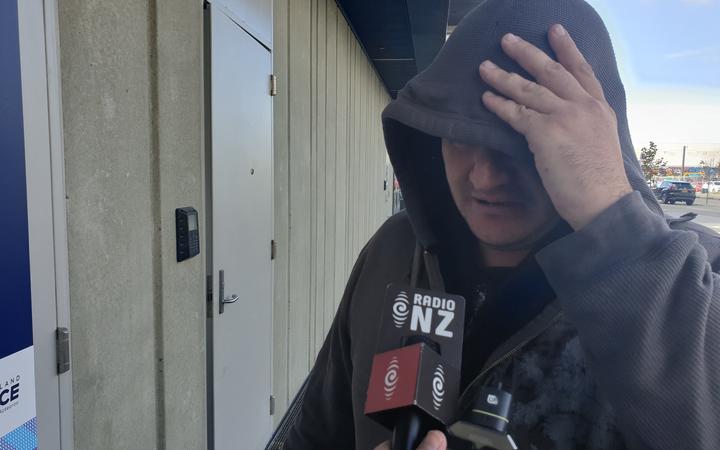 Daniel Nicholas Tuapawa, 33, yesterday pleaded guilty to behaving in an insulting manner likely to cause violence.

As part of the restorative justice process, he's asked to meet the Muslims he accused of being terrorists and apologise.

Jamal Green, who's on the mosque's interim executive committee, believes this can be arranged.

"We're working through our own wounds and our own losses. Our end aim is harmony, it's decency, it's safety and security for everybody," he said.

"So, this if this is what the gentleman would like to do, I'm sure we could work out something because it's all about trying to improve understanding."

The incident occurred about 4.30pm on Wednesday at the mosque in Deans Avenue in central Christchurch where 42 people were killed during the terror attacks three weeks ago. The attacks also left eight others dead and dozens more injured.

In court on Friday, police read out a summary of facts saying he had told worshippers entering the mosque that all Muslims were terrorists and they needed to leave the country.

Through his lawyer Steven Hembrow, Tuapawa said he had gone to the mosque to look at the flowers.

He said he blacked out and had no memory of the incident.

It wasn't until the police showed him a video of the tirade that he realised what he had done.

He was granted bail while a pre-sentencing report is completed.

Judge Bridget Mackintosh said he may be looking at a sentence of imprisonment.

Outside court afterwards, he said he had meant no harm but suffered mental health problems and needed to get back on his medication.

Armed officers guarding the mosque let Tuapawa walk away on Wednesday. Police later issued a released a photo of him and he was arrested on Thursday night.

Canterbury District Commander Superintendent John Price said the case was under review, but his personal view was in the same situation he would have arrested the man under disorderly behaviour charges.