Immigration New Zealand is not allocating case officers to some visa applications for more than five months as it tries to meet new government targets on which residents it wants.

Furthermore, ministers will decide later this year whether to cap certain residence categories.

Until then, the government has decided family applications should make up no more than 38 percent of residence approvals.

But that category has a four-month wait for a case officer to start an assessment on an online application, five-and-a-half months if it is a paper application, and it takes 11 months to complete 90 percent of the applications. 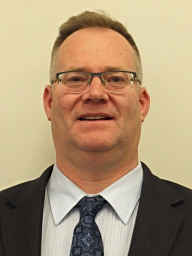 Immigration lawyer Richard Small said a freeze on processing to meet government targets was not right.

"It would be unfortunate if the community got the impression that the rate of approval of visas was being manipulated to predetermine numbers at the other end," he said.

"Yes, we can tell people that there are caps and perhaps give bridging visas, while they wait transparently for the cap to reopen ... no problem with that at all. But I think to pre-engineer the timeframe in which staff work, in the pace at which they work, to achieve those goals is not the right way to go about it."

Cabinet decided in February to lower the residence programme (NZRP) numbers to between 50,000 and 60,000 for the period from July 2018 to the end of this year.

The Cabinet paper said it wanted skilled migrant residence visas to take precedence over family applications but the current target setting did not let that happen.

It would change that in December to spell out numbers in each category.

"This new approach would enable the government to more strategically and transparently prioritise residence categories, which removes a key risk in the current system that higher priority categories (such as the Skilled Migrant Category) become the main target for cuts when overall demand increases and numbers need to be managed down to a certain cap."

Until it decides the new targets, it wants 51 percent of new residents to be business or skilled immigrants, 38 percent to be from the family stream and 11 percent to be humanitarian, such as refugees.

INZ assistant general manager Peter Elms said the residence programme (NZRP) influenced its operational planning as it allocated visa processing resources based on the proportions for each stream.

His wife Karthika Nair, an IT engineer, has been waiting in India since December and no case officer has been assigned yet.

He said it was hard for his two-year-old daughter Vaiga to understand.

Mr Small said staffing problems caused by a restructuring at INZ may also be driving the application delays.

But the new residence programme and its effects on partnership residence visas did not consider the affected families, he said.

"We're talking here also about New Zealand resident or citizen's partners and children who'll be affected by this and I think it's not good enough to just minimise that impact, there really does need to be an openness to looking at different approaches and being careful to consider not only the interests of targets that have been given, or undertaken."