Businesses say they are missing out on staff and immigrants are facing long waits for news as delays to visa processing continue. 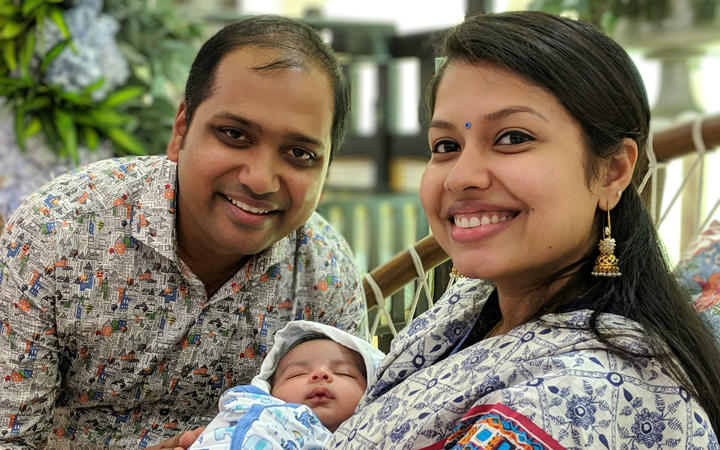 The immigration advisers' association says it takes two days to get a business visa in Australia but has heard of it taking up to six months in New Zealand in recent months.

One man, Dhanush Laxman, from Mumbai, has not seen his baby since he was a month old while he waits for his partner's work visa to arrive.

"I am really missing his childhood," he said. "This delay is taking a toll on us."

British helicopter pilot Neil Walden said the timeframe he was given by Immigration New Zealand (INZ) had almost doubled, and it was hiding behind the Christchurch attacks to excuse the lengthening delays.

When he applied for a $465 Silver Fern Job Search visa on 9 January, the advertised waiting time stood at 47 days.

"I understood that it might be a busy time of year for them as they have said, so it may be a few days longer than that, so I came with enough money to support myself for a certain amount of time," he said.

"But now I'm here not far off 90 days later and still waiting, my application sat in a case officer's file for the whole of the month of March and I just found out on April 1 that it's been handed to a different case officer to sit in their file for however long this is going to take now."

He cannot get a job offer until he has the visa.

"There's a lot of helicopter use in New Zealand because of the geography of the place," he said.

"And companies in other industries are also crying out for people. I've asked other people's opinions of the immigration system they say 'oh yeah we're waiting for somebody to do this that or the other to be approved as well'.

"I love the country, the country's great. But the dealings I've had with Immigration New Zealand really does take the shine off it."

Arun Paul from Kerala in India is due to start a Wintec course in applied information technology on 29 April. It's been almost three months since he applied for a student visa and has not heard anything from INZ.

He has several friends who had no progress in their student visas after more than 100 days of waiting - and their courses were due to start in February, he said.

The Employers and Manufacturers Association said it was hearing a lot of complaints from businesses and it was getting worse.

"It seems to be a resourcing issue within MBIE in terms of processing and bringing them into the country," its general manager of advocacy, Alan McDonald said.

"By the time you add accreditation it's taking four or five months."

The Association of Migration and Investment said INZ was going through growing pains, with case officers who were not fully equipped to deal with the applications.

In one case, INZ asked for proof that a job had been advertised, when the role was on the skills shortage list and no advertisement was necessary.

"Employers, when they make up their mind, they have to recruit somebody [overseas] they're doing it because they cannot find somebody in New Zealand to do it," its chairperson June Ranson said.

"And then they find they have to wait three months in some instances, and they are businesses, they can't operate like this, it's affecting the economy and also the successful running of the business."

When advisers, lawyers or immigrants called the contact centre, they were not told who the case officer was or where they were in the queue, she said.

"You're just in the dark. When you look at what happens in Australia you can get a business visa through in two days. It's far too slow and cumbersome."

Tourism Industry Aotearoa chief executive Chris Roberts said the delays are affecting visitors as well as businesses in the sector.

"There's nothing that annoys an employer more than an unexpected delay on getting a visa for a much-needed employee," he said.

Meanwhile, Dhanush Laxman is flying home so as not to miss his three-month-old baby's first Vishu New Year this month.

"When I tried calling up INZ in New Zealand, there is no response," he said. "There is an option to receive a call back, I did that after holding for 10 minutes.

"But when you receive the call back, the automated messages keep rolling and it's not an actual call back from a representative. I waited 46 minutes and got frustrated and hung up the call."