A scientist says although the crater lake on Mount Ruapēhu is the hottest it's been in two years, there is no greater threat of an eruption. 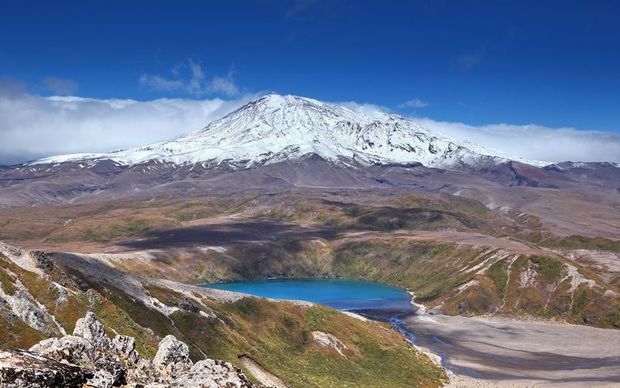 Te Wai ā-moe reached 42C on Tuesday after rising by half a degree a day for the last two weeks.

GNS scientist Brad Scott told Morning Report the geothermal system underneath Mount Ruapēhu that feeds the crater lake environment is heating up which is normal for that environment.

"Some molten rock has come up into the volcano at depth and the heat from that has been transferred to the surface."

Mr Scott said it's a process that he sees quite regularly.

He said typically the lake's temperature cycles between 15C and 40C over a nine to 12 month period.

But for the last six months or so the temperature has been stuck around 30C to 32C, Mr Scott said.

"It's heating up and it got to that point and stayed there and now it's kicked off again and going on to higher temperatures."

However, despite the heat being generated, the volcano alert remains at level 1, the lowest on a scale of 5, he said.

Mr Scott said data going back to the 1950s shows the probability of an eruption increase is when the temperature exceeds 45C, but there have also been eruptions that have come from 12C or 13C lakes.

"We tend to have eruptions out of either a very cold lake or a very hot lake and 45C through 50C is going to that boundary where the lake is very hot."

He said an eruption from a cold lake is rare but occurs when the heat flow is sealed, the vent in the volcano is blocked and not getting through the surface.