The Christchurch RSA has a duty to ensure its first Anzac Day commemorations after the terrorist attack run run as normally as possible, its president says. 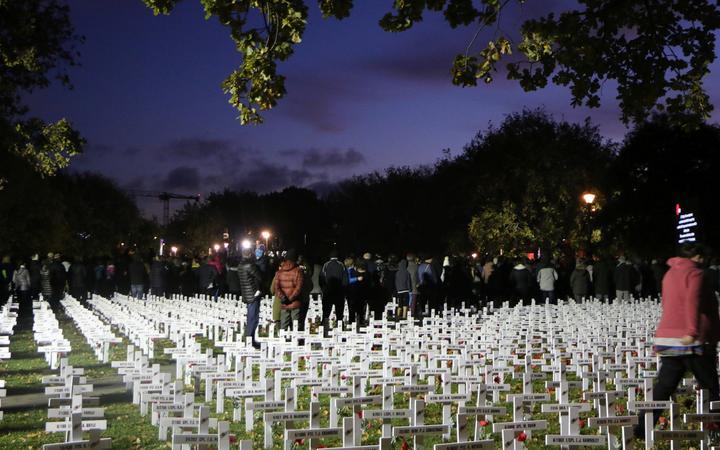 Two-thirds of Auckland's Anzac Day commemorative events will not happen this year due to security precautions. Instead of last year's 84 ceremonies, 26 events will go ahead.

Auckland RSA president Graham Gibson, said it was not tenable to have all 84 services around Auckland if they were to ensure public safety.

The decision to amalgamate some events with larger ones was made by district presidents, he said, and they made the right call.

"The police did approach us in the first instance and we had a good discussion. There was no pressure from the police.

"After the events of the 15th they wanted to ensure, with the crowds, there was suitable security cover."

Christchurch president Peter Dawson said he understood the rationale for the Auckland cancellations, given a greater population size.

He said police had told them buses will be used to block vehicle access around the events but, other than checkpoints, events would for the most part run as normal.

"We believe we have a duty to those that went before us to continue with Anzac Day and get back to normality as soon as we can," Mr Dawson said.

"We were the first RSA in New Zealand. We opened in 1915 with the first wounded soldiers to return home from Galipoli.

"We honour their sacrifice and those that fell.

"This is the 103rd year we've had an Anzac Day service in Christchurch. We don't believe we'd be honouring that sacrifice if we allowed one person to destroy that faith, that heritage and that commemoration."

At this stage the regular Wellington and Dunedin services will also go ahead.