The soft plastics recycling bins that people used to see at supermarkets are not likely to be making a comeback any time soon. 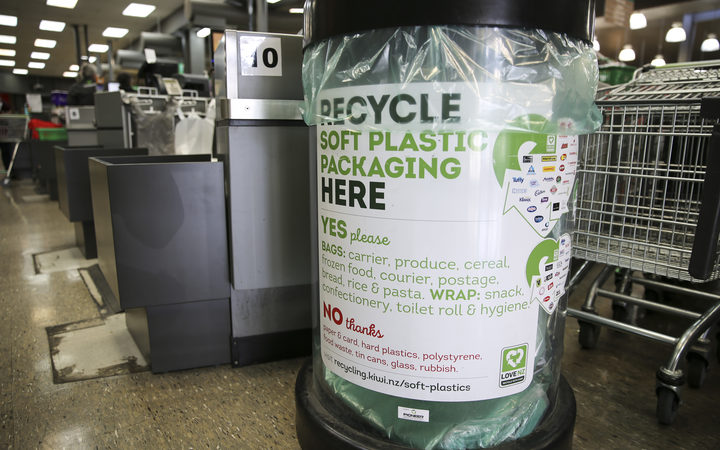 The Packaging Forum, an industrial group that runs the programme, suspended the collection in December because the companies processing the plastic had been inundated.

Lyn Mayes, the forum's manager of soft plastic recycling, said the scheme was not likely to be back before Easter.

She said a more sustainable approach was needed before the scheme was brought back.

"We were, as you know, targeting an April restart but we are taking a more cautious approach enabling the new processors to grow their business first."

Soft plastics include bread bags, pasta packaging, cereal box liners and bubble wrap. The bins that were collecting them used to be seen at supermarkets.

Outside a supermarket in the South Auckland suburb of Papakura, Hikitia Manuel-Te Kira said her whānau had been stockpiling their soft plastics in the hope of the scheme returning.

"But then it got too much so we had to throw it in the rubbish. Unfortunately everything comes in soft plastic."

Another shopper, Margaret, said the soft plastic recycling scheme was really popular in her neighbourhood.

"I came in here often and the bins were full, so I really had to push my plastic down into it. So, it just indicated to me that people were using these bins."

A staff member at a Countdown supermarket in central Auckland, Frena Pateliya, said customers have asked them when the bins will be coming back.

Ms Pateliya said people were bringing in plastic and then trying to put them in the regular rubbish bin because they expected the soft plastic bin would still be there.

Despite the anticipation, Ms Mayes said if the recycling scheme came back, it would be on a much smaller scale.

"Prior to stopping collections, the service was available to over 80 percent New Zealanders. We propose to restart with a much-reduced service in locations close to where the processors are."

In the meantime, Donna Peterson from the waste management organisation WasteMINZ, said people should rethink how much soft plastic they used.

"Do we actually really need to be using this amount of soft plastics? Are there alternatives out there that are actually better from an environmental perspective in terms of not creating waste in the first place."

She said there were a few simple things people could do to reduce their use of soft plastic.

"Purchasing products that are loose, for example, at your supermarket rather than buying things in produce bags. Just put them straight into the cloth bag that you've already got and brought them along with you."