Two grandmothers will help deliver a petition to parliament next month calling for funding for a drug said to have changed the lives of children overseas. 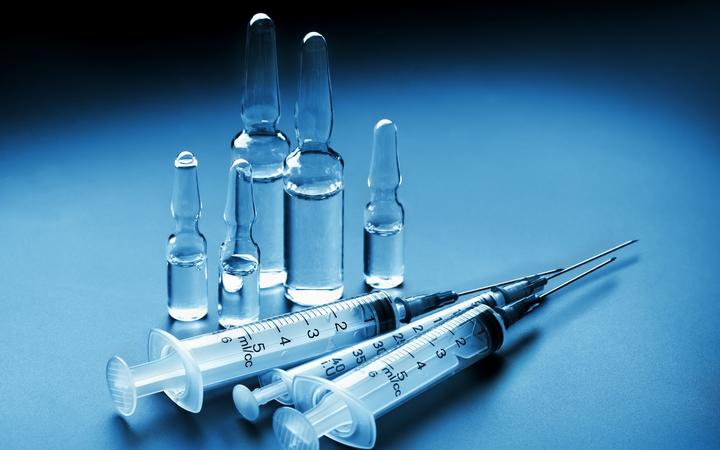 Spinraza is being funded in the United States, Australia and parts of Europe for those with spinal muscular atrophy, a genetic disease that affects the nervous system. Photo: 123RF

At the end of last year, Pharmac decided to defer a funding application for Spinraza, to await the results of two clinical trials.

The drug, which is available in the United States, Australia and parts of Europe, treats spinal muscular atrophy, a genetic disease that affects the nervous system.

The toddler was type two, so was expected to live into adulthood, but the drug could make her life much better, Mrs Yeoman said.

The disease had no cure, but Spinraza had been seen to be doing "amazing things" for children abroad. It had been shown to stop the progression of the disease.

"Some of them that need a breathing apparatus have gone onto Spinraza and have come off that apparatus."

Babies that were diagnosed early and put on the drug were able to live a normal life, she said.

Those who did not suffered muscle weakness, and some were unable to eat or breathe properly.

The disease is rare - in New Zealand only 26 children are hoping to get access to the drug.

Judy Lawrence will also make her way to Wellington from Devonport, Auckland, to see the petition delivered on 1 May.

Her 16-year-old granddaughter Natalie was diagnosed as a baby and was now living in Australia and on Spinraza.

It had already improved her condition, with the teenager able to turn lights on and off, open the fridge, and hold a plate, Ms Lawrence said.

"They all sound like very, very small things but they just give her that little bit more independence.

"I'm not interested in the petition just for Natalie. Every day that passes, these young children's motor neurons are dying and children could die in the time that we're waiting, so I'm desperate for the whole community to get it over here."

Natalie's family wanted to come home to New Zealand but did not want to lose access to the drug.

Ms Lawrence said she appreciated Pharmac had a number of drugs to fund, without an endless pot of money, but children's lives were important.

Pharmac's director of operations Lisa Williams said the agency had a fixed budget, which meant it had to make careful, considered decisions about spending any money on medicines.

However, many new medicines were launched without clear evidence they would work as the pharmaceutical companies claimed.

"We need to be absolutely sure they will deliver the benefits claimed and that we spend public money wisely."

Pharmac's rare disorders subcommittee had considered the funding application in November 2018 but recommended it be deferred until the results of two clinical trials were published.