Children of Kawerau's established gang families are seeking futures in the police thanks to an unconventional programme at the local high school. 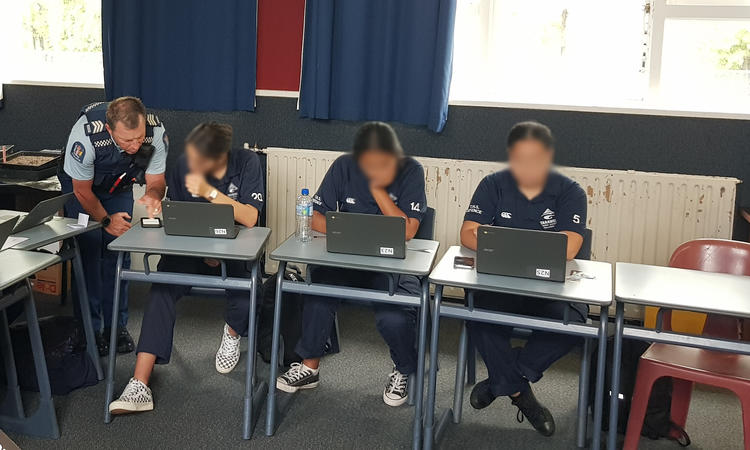 Many of the students in the police studies course at Tarawera High School come from Kawerau gang families. Photo: RNZ / Keri Welham

With lived experience of crime, drugs and violence, and a determination to protect others from similar trauma, police say these teenagers would make excellent recruits.

Two of her brothers are Black Power, and her uncles and koro are Mongrel Mob - but if Olivia* has her way, she will be the first person in her family to join the police.

"I just want to go the other way," she says, quietly.

Olivia, 15, is one of 12 teenagers enrolled in an NCEA-accredited Introduction to Police Studies course at Tarawera High School.

Many in the class come from entrenched Kawerau gang families.

For many, it is their troubled childhoods that motivate them.

Because of what she has seen and experienced, Olivia wants to specialise in family harm prevention.

"I've seen it, and I know what it feels like and it doesn't feel very…"

Olivia says she has never worked so hard on anything as she has in police studies.

Her family are pleased to see her turning away from the gangs, she says.

"They don't want that for me." 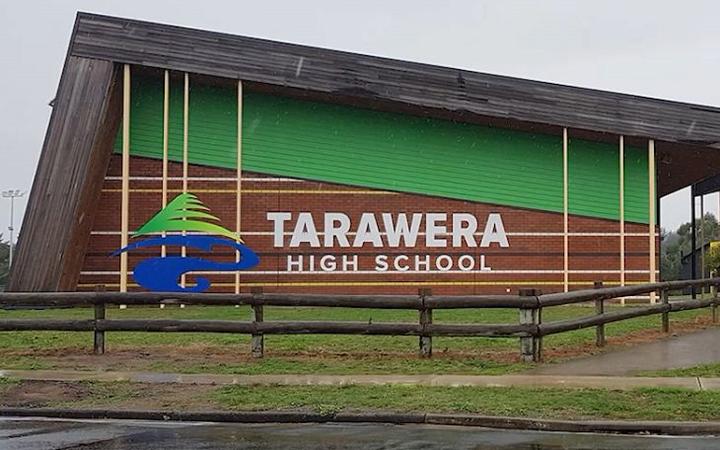 On a wet day in Kawerau, geothermal steam clings to the hills. The front of Tarawera High School is an impressive, modern school, but around the back are old classrooms from the former intermediate, which was on this site. This is where the police studies course is held.

Heketerangi Te Maipi did logistics in the New Zealand Army but came home to the neighbouring village of Te Teko to run the Defence Academy at Tarawera High School.

Selected senior students spend one day a week with her, instead of attending normal classes. That day, they wear a dark blue Defence Academy uniform.

The academy introduces students to the Armed Forces; this term, the police studies course was brought in to the school under the academy umbrella.

The police studies curriculum was developed by Unitec, based on elements of police recruit basic training. The course offers students 25 NCEA credits, but does not guarantee entry to the Police College.

Students have been researching what possible careers they could follow in the police.

Keira*, 16, says she wants to become a police dog handler to give back to her community.

"There's been a lot happening in Kawerau at the moment, like with all the drugs and the gangs and the shootings and stuff. But I think it can get better in the future."

It is five weeks since a Mongrel Mob member from Te Teko was killed in a standoff with police. A firearm had been discharged in a family harm incident and the armed man then robbed a bank in Kawerau. In March last year, 48 people were arrested and $3 million assets seized during a drug raid centred around the Kawerau Mongrel Mob.

Keira says she might aim for a policing role in Whakatane, 35km away. She expects it would be too difficult for her to work in Kawerau.

"When you come back to your own town, you have a lot of family."

Katie*, 15, is researching her dream job: a police prosecutor.

She whispers: "I think you need to be brainy".

Kawerau is home to 7000 people. It has an unemployment rate of 25 percent. In 2016, there were 1074 people on benefits in the town; 570 of those were on the dole. Tarawera High School principal Helen Tuhoro says some children in the town go days without eating. At the last census, the median income in the town was $18,800, which is $10,000 below the national median.

Mrs Tuhoro says community constables and other local officers have a high profile in the school, and - because of that - the attitude towards police has moved in the six years since the high school opened.

"When police first came in to the school, they were referred to as pigs. Then they became the cops. And now our youth aid officer's name: George. So that's the change that's happened," she says.

"We run a breakfast programme in the school, and they're run by all the different service agencies, so every Monday morning the youth aid and the police officers are down here with the breakfast programme. So that makes a big difference to how kids feel about them, when they're the ones making them their banana smoothies or cooking their toast.

"I think the reality for our children now is that they can actually see: I could be a police officer."

Acting Senior Sergeant Shane Tailby of Whakatane police wanted to bring the police studies programme to the Eastern Bay of Plenty after learning about a pilot at Rotorua Boys' and Girls' high schools. He hopes it will promote policing as a career, support potential recruits, and increase positive Police interaction with the community.

"A lot of students may not have seen police in this way. So if we can get in the schools, show what police can do for the students, for the community and for the school as a whole, I think we can benefit from that."

A geothermally-powered dairy factory is due to open this year, creating 28 jobs. When Guangxi Fenglin opens its planned $180m particle board mill, 100 jobs will be created. The school bought a car and supports students to pass their driver's licence because there are good job prospects for truck and forklift drivers in the town.

But among the 12 students in the course, it's clear policing is holding their gaze.

Ella* wants to join the police to protect families from the pain that's befallen her whanau. She had 12 siblings but now has 10.

"I lost my two siblings to drunken driving and reckless driving, and I want to be able to stop that, and help them [the public] to drive home safely."

Ella's father is a senior figure in the Kawerau Mongrel Mob, and two of her brothers are patched members. She says her father is proud of her interest in joining the police; even though police had previously "put him in jail", he respects the job they do.

What if she caught her father speeding? "Pulled up!"

She laughs loudly. "Give him a ticket. He's not special!"

*The names of the students have been changed.