An Otago rodeo enthusiast and farmer of 35 years has been ordered to pay more than $4500 over his role in a cow-abuse case. 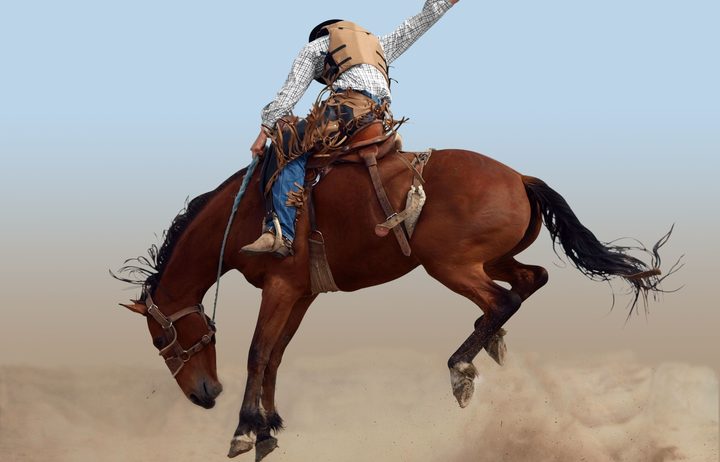 An Otago farmer fined for abuse of cows on a farm he managed is known as a rodeo enthusiast (file photo). Photo: margojh/123RF

Yesterday the man - who in 2009 came third in the Southland sharemilker of the year competition - appeared in Dunedin District Court on a charge of failing to protect animals from significant injury.

Between August and November 2017, Illing was the manager of a dairy farm near Balclutha.

He was in charge of two staff and responsible for 600 cattle on the 314ha property.

On 15 November, Ministry of Primary Industries (MPI) staff descended on the farm with two vets to assess the animals.

Nearly a third of the 82 heifers had tail damage.

Of the mixed-age herd, 16 cows had unhealed wounds, three being "open wounds with a purulent discharge".

Four of them, vets noted, had their tails "traumatically shortened" and there was evidence of de-gloving where the skin had been completely torn away.

"The open fractures and shortened tails with an open wound at the tip were a very rare injury", one vet said, which "represented a significant compromise to animal welfare".

"This injury could only have occurred from the tail being tied to the rail and as the cows moved off the end of the tail has been torn off," documents said. 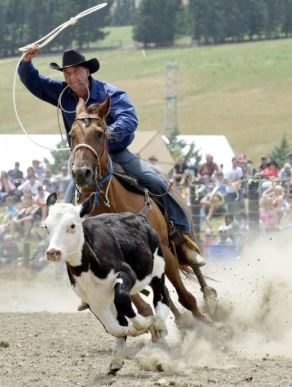 Murray John Illing, pictured here in 2010 at Millers Flat, has been fined for allowing the abuse of cattle on a farm he managed. Photo: Otago Daily Times file photo.

The staff member responsible for doing that previously pleaded to four charges under the Animal Welfare Act and will be sentenced in May.

Illing, in his supervisory role, was also held legally responsible but Judge Emma Smith said there was no suggestion he actively took part in the abuse.

Defence counsel Kate Logan confirmed her client was aware of an incident in August 2017 where a tail was wrapped around a bar.

She said Illing had been going through some "difficult personal circumstances" at the time, which may have explained why he missed the other injured cattle.

The metal railing at the farm and the presence of fecal matter may have also obscured the defendant's view when it came to seeing the harm, Ms Logan said.

"I reject that," Judge Smith responded.

She acknowleged that Illing had no previous convictions and was remorseful

"This has been a sobering experience for you and I don't think it will happen again," the judge said.

The legislation allows the court to disqualify an offender from exercising authority over animals for any period of time.

But MPI prosecutor Leonie Matehaere said a fine was appropriate in the circumstances.