There are calls for tougher rules for nail salons to make them safer after a public health survey found 88 percent of businesses in Wellington didn't meet adequate disinfecting and sterilisation standards. 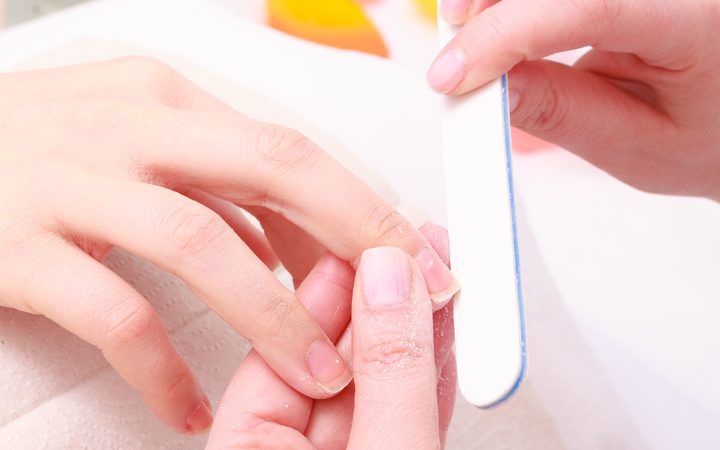 The Survey of Knowledge and Infection Control Practices in Salons Offering Nail Services by Regional Public Health assessed 57 nail and beauty salons between January and July of 2017.

The report found some salons were using heel blades to remove calluses and rough skin, which many health professionals consider to be dangerous.

"The public doesn't have an awareness and they are at risk," she said.

She said people with diabetes or those on cancer treatment were at a higher risk because their immunity was lower.

"There's a risk of blood-borne viruses - Hep C, Hep B - not to mention the bacterial and fungal infections you can get from cross contamination and not cleaning your instruments and not having a hygienic service."

There were many cheap nail bars popping up all over but people didn't understand the risk of going there, she said.

Salons that charged $40 or less for a manicure were about three times more likely to have an inadequate number of trained staff than those charging more, the survey found.

Overall, more than half of the salons surveyed had staff that weren't adequately trained.

Salons that were cheaper, had fewer trained staff suggesting a higher risk of infection due to less awareness of preventable infections.

Furthermore, only 16 percent of salons said all their staff were fully vaccinated. None of them paid for staff vaccinations.

In turn, putting clients at risk of the Hepatitis B virus (HBV) infection from inadequately sterilised equipment after exposure to blood from a previous client or staff member who might be a carrier of HBV.

A council is required to determine that an issue is significant in order to establish a new bylaw.

There is a bylaw in Auckland, Napier, Dunedin, Masterton, South Wairarapa, Stratford, Ruapehu and Timaru that covers licensing and inspection of nail technicians, beauticians, body piercers and tattooists.

There is no bylaw in Wellington City, Porirua, Kāpiti Coast, Lower Hutt or Upper Hutt.

Ms Vodanovich said, for a start, those going for nail treatments could make sure the salon was a member of the New Zealand Association of Registered Beauty Therapists (NZARBT), that the instruments were clean, what instruments were being used, and if they were shared between clients without washing.

"There needs to be some level of government oversight on making sure that industry is regulated.

"We need regulation at a national level."