Street parking in Auckland has hit double figures with drivers now being charged up to $10 an hour to park downtown. 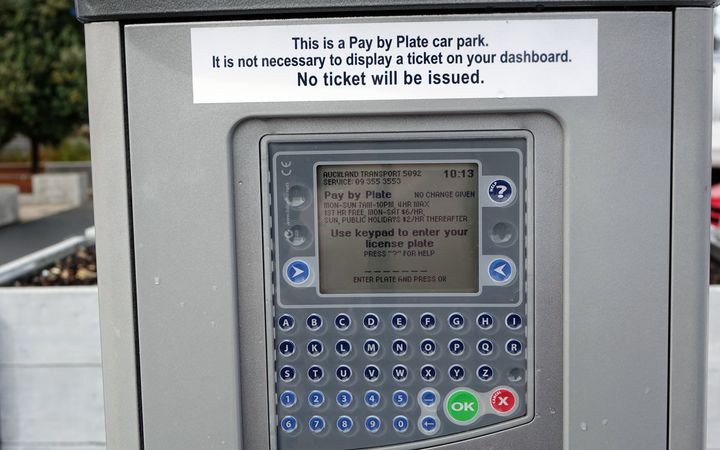 Auckland Transport (AT) has increased parking prices for all inner city on-street parks, saying it hopes the changes will encourage people to park for shorter amounts of time, allowing more people to just pop into the city.

The $10 charge, which is a $1 increase on the old fee, applies to anyone parking on the street in the heart of the CBD for more than two hours.

The first two hours have risen 50 cents to $5 an hour.

Auckland Transport's parking design manager Scott Ebbett said the increase was part of a continuing plan to try to encourage people not to spend too long parking on city streets.

AT ditched time limits on most CBD streets a few years ago and this was the alternative.

It was better for parkers than a time limit because if they did need to stay a bit longer, they did not risk getting an infringement, they just paid a higher rate, he said.

"We want people to come and do whatever they're doing and move on so other people can come and park. But if you really need to stay for a bit longer there's the ability to do it," he said.

Most downtown parkers spoken to by RNZ said they were feeling the pinch of the prices, which came into effect last week.

Bur one parker, who did not want to be named, said he never paid for parking and just paid the infringements he got from time to time.

"I park pretty much every day in the city and over the last two months I got three parking tickets, which was, like, $36," he said.

"I just have to be in the office for a couple of hours but it was so expensive today that it wasn't worth it really," he said.

Some told RNZ they drove in because the public transport was not a good enough alternative but others understood the rationale and were glad to be able to get a park.

Mr Ebbett said AT wanted to encourage people parking for more than an hour or two to use a car parking building rather than the street.

But that policy had a limit - AT did not want too many people parking all day.

Earlier this year it increased the early-bird all day parking in its 700-space Downtown Carpark to $40 a day to try to discourage all-day parking and free up space for those who needed to park for a few hours.

"We don't want to make our car parks cheap to park all day. We'd rather leave that up to the private market. We'd rather encourage alternate mode ... like public transport," he said.

Heart of the City, which represents downtown businesses backs the street parking policy.