A Muslim Aucklander says he was contacted by the Security Intelligence Services (SIS) two months before the 2011 Rugby World Cup, and asked if he knew of any security risks, or had any concerns. 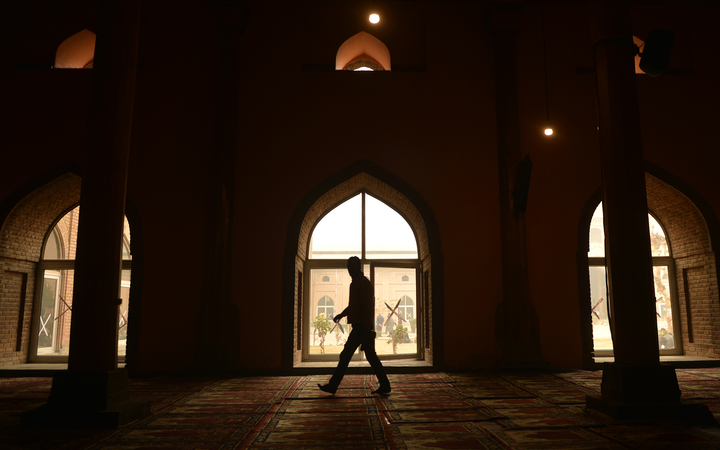 A Muslim man who says he was approached by the SIS believes his privacy has been breached. Stock photo Photo: AFP

This after RNZ revealed research by the Human Rights Foundation that shows the SIS used informal chats and offers of money to young men, who then felt pressure to spy on their mosques.

The man, who has asked not to be named, was an active member of his community at the time.

While he was not offered money, nor felt obliged to do anything he was uncomfortable with, he was very surprised when he got the call, out of the blue, as he was driving back from Friday prayers.

"Of course I was shocked and I said 'can you say that one more time?'

"He said 'we've been told you're a man who's well known in the community, and a community leader, and we just wanted to have a chat with you'."

He was told at the time not to worry, and that it was normal for the SIS to check in with different communities, especially with the Rugby World Cup around the corner.

The person on the phone refused to tell him where he got his name and number.

A meeting was arranged for the following Monday, at McDonald's in the Auckland CBD. He was met by two people, a man and a woman.

The man said they were just touching base with different people, to get their thoughts on how things were going, and whether they had any concerns around security.

While he was happy to oblige, and would have reported anything unusual from within the Muslim community, the experience made him feel "absolutely awful".

"It made me feel that I'm monitored, I felt that my privacy had been breached ... [and] a little bit ashamed that I had somehow caught the attention of the service we have in New Zealand looking after the security and protection of the country."

Being a "connected citizen of the world", the man knew terrible things had been done overseas in the name of Islam, and so understood why the agency had been in contact with him, he said.

"And I remain to be understanding that anything deemed as a risk is something they should look into, but of course after the weekend I'm a little bit furious that they've dropped the ball completely, by obviously focusing on a very small segment and not focusing on another segment that in this particular case has led to New Zealand's worst day."

He knew of at least three people who had been contacted in the same way, people who were in their first or second year of university at the time. It was not until he started to talk about it a few years later, that others admitted the same thing had happened to them.

"We've accommodated and accepted feeling scrutinised and being under suspicion for a very long period of time and we accepted that because we understand the global implications of how Islam is being viewed in the world.

"But then now that the ball has been completely dropped everybody is feeling that we have been unfairly targeted for a very long period of time, it's caused us shame.

"Personally, I expect a lot of transparency and openness to happen going forward, and I also expect people taking accountability for the decisions that were made and the failure, if I may call it a failure, of the security services protecting New Zealanders."

An SIS spokesperson said the organisation had, over the past nine months, increased its effort to obtain a better picture of the threat posed to New Zealand by far right extremist groups.

Director-General of Security Rebecca Kitteridge had previously said terrorism was not a Muslim issue. It had over recent years received a number of tips from the public concerning right-wing extremism, and taken each one seriously.