Students from St Paul's College in Auckland were welcomed into an Auckland mosque on Wednesday after they were rained out while paying their respects. 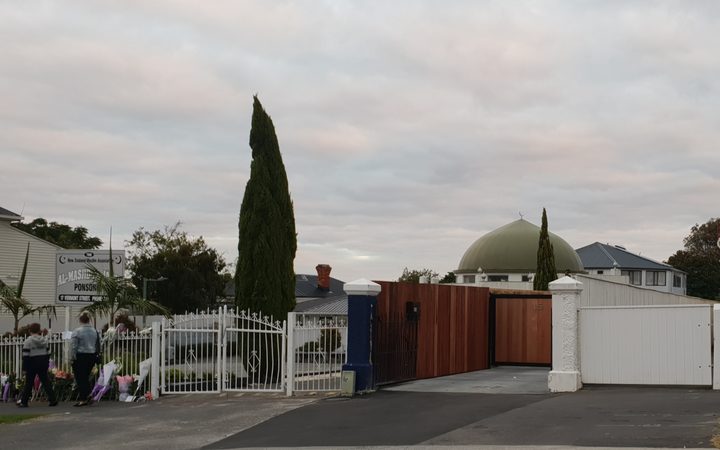 Initially, the young men were just going to stand on the pavement outside Al-Masjid Al-Jamie in Ponsonby but the rain meant they quickly moved indoors.

Bilal Slaimankhel from the mosque said he welcomed them inside so they would not have to sit in wet school uniforms.

"It was amazing to see, the boys come in and show their respect and their love to what has happened," he said.

After a prayer, the students sung a te reo Māori hymn called Mo Maria which calls for people to be strong and show great love.

Mary, the mother of Jesus Christ, is also featured in the Quran as Maryam.

St Paul's College head boy Joseph Johnston said being in the mosque with his peers and Mr Slaimankhel had given him chills.

"Just knowing that someone had come in to somewhere so sacred and somewhere so peaceful and had done such a thing," he said.

Mr Johnston said it was amazing how peaceful the mosque was, comparing the atmosphere to a Catholic chapel.

He said both were places where people have the right to practice religion peacefully and safely.

The college's principal, Kieran Fouhy, said he was extremely proud of the students.

"These men were just so respectful ... deeply respectful and aware of the presence of another religion and they just took it in their stride," he said.

"Every teacher there, including myself were just so proud of them really. Just wonderful."

The mosque has also been visited by students from Auckland Girls' Grammar and some local primary schools.

"We had some primary kids come in and drop off some beautiful paintings, and beautiful words," Mr Slaimankhel said.

"You could see a kid's writing in the card and you could see he'd made a little mistake, so he'd scrubbed it out and written it again. It's special you know."