The Islamic community is anxious and uneasy about the amount of time it's taking for the victims' bodies to be released. 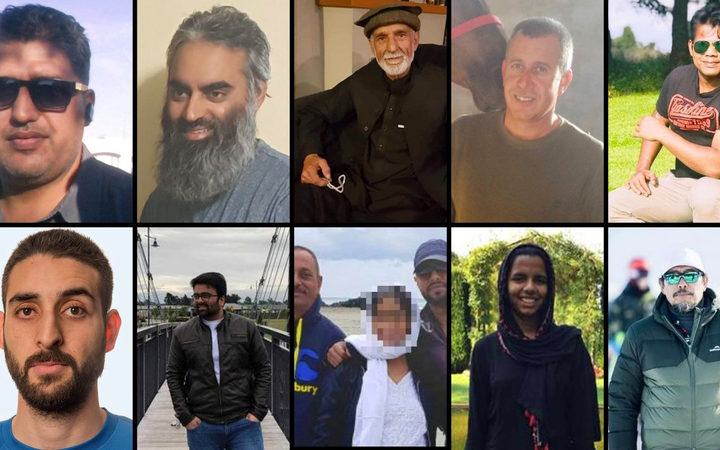 Some of the victims from Friday's attacks in Christchurch. Photo: Supplied

Families of people killed in the Christchurch mosque massacre say they're being given false hope of when they can bury their relatives.

It had been hoped that the bodies of all 50 people killed would be returned today, but that now looks unlikely to happen.

Post-mortems have been done on all 50 bodies but only six have so far been returned to families, and relatives are getting increasingly upset about the flow of information from the police.

READ MORE: They are us

A meeting is being held this morning at 9am where more information will be given.

Muhammad Bilal lost a close friend whose family is desperate to send his body to Pakistan, and he said they can't get a specific time for the return of the body.

"We're still waiting and they're still telling us to be patient. Some people are losing patience because they want their family to see and they want to give them good grief."

The families acknowledge there's a process taking place, but can't understand why it's taking so long and why the time frames are so fluid.

Christchurch Mayor Lianne Dalziel said the chief coroner cannot give a date commitment because of the importance of proper identification.

"The worse thing would be to return the wrong body to the wrong family," Ms Dalziel says.

"They are working as hard as they can, but they don't want to do the wrong thing."

Dr Anwar Ghani from the Federation of Islamic Associations of NZ has been in Christchurch talking to families and authorities about the burials told Morning Report Muslims traditionally bury their loved ones within 24 hours.

"I know it's an extraordinary situation, but it hasn't met our expectation," he said.

However, he says, good progress has been made this morning and 11 bodies have been returned to loved ones.

"The process has been sped up. A lot more will be handed back today and [police] said the process will be completed by Thursday."

Dr Ghani said the authorities have stressed the need for evidence collection and identifying the bodies with "absolute perfection."

"When such a delay happens, and their loved ones were killed in this horrible shooting, they're very anxious and just want to give them their last rites. We

feel that it could have been done a bit faster."

Dr Ghani said a lot of volunteers are waiting to assist when the bodies are released. The process is for them to be washed and wrapped in shrouds and then stored until they can be buried, either locally or in their home countries.

Mayor Dalziel said it's unlikely the mosques will be re-opened on time for Friday prayers this week, but a different venue would be made available.