A Christchurch expert in the medicine of older people is mourning a former colleague who died in Friday's terror attack. 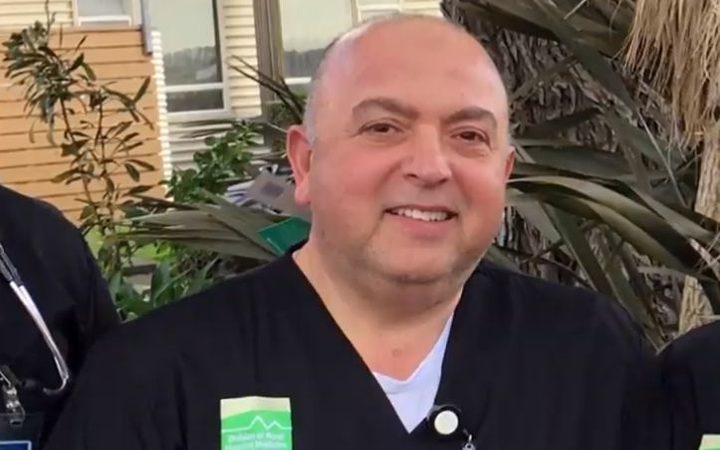 Dr Amjad Hamid has been described as a gentle, humble and very able doctor. Photo: Supplied

Last night, Dr Amjad Hamid was still missing and unaccounted for, and his wife, Hanah Al Adem, told Checkpoint yesterday she is struggling to come to terms with the situation.

Christchurch-based emeritus professor of geriatrics at the University of Otago, Dick Sainsbury, is upset about the loss of Dr Hamid, who he helped to teach when came to this country about 20 years ago.

It's particularly raw as Dr Sainsbury also lost two people he had worked with while they were house officers - one a New Zealander and one from Iraq - who both died in the quakes in Canterbury eight years ago.

He said that as an overseas trained doctor, Dr Hamid was required to sit the NZREX exams. He had helped such students prepare for the exams, and Dr Hamid had also worked for him in a three-month attachment in geriatric medicine after he passed the exams.

The two had also seen a fair bit of each other when Dr Hamid later went to work at Ashburton Hospital. Dr Sainsbury said the word everybody used to describe Dr Hamid was "gentle." He added: "He was a gentle doctor. He was a very humble doctor, but he was a very able doctor."

He said Dr Hamid went on to do a PhD in atrial fibrillation, or irregular heartbeat, which can come with ageing and can predispose people to stroke.

Dr Hamid had also qualified as a rural hospital medicine specialist, and had spent the past three years working at Hawera Hospital, from Christchurch.

Stuff has reported that when Dr Hamid returned to Hawera Hospital from Christchurch "he often brought fresh baklava from a bakery in Christchurch for everyone".

Dr Sainsbury said that is typical. "He was very much as esteemed colleague and he had a great sense of humour. Patients loved him ..."

He added Dr Hamid came from Palestine "mainly in search of a better life, a more peaceful life."

He added he feels "absolutely heart-broken and sympathetic" for the families or people who have lost loved ones in the mosque attacks.

"I also have a great deal of admiration for the police and the emergency services and the hospital services who really have been outstanding."

Dr Sainsbury added: "A colleague was telling me yesterday that he was on call for the weekend in geriatric medicine with a Muslim doctor who was obviously deeply affected by the events. But the doctor had dropped everything on Friday and gone to Christchurch Hospital to ensure that he could be of assistance."