Warning: Some readers may find some of the details in this story distressing.

Emergency workers who went to the mosque shootings say they'll never forget the scene of hatred and horror that confronted them. 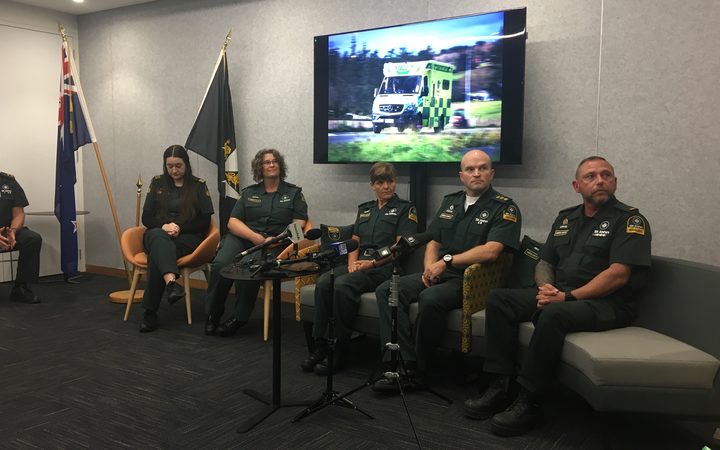 The first 111 call to ambulance services was taken at 1.44pm on Friday afternoon, and by 1.47pm, six more calls had been received.

In total, 42 calls were received and dispatchers sent dozens of ambulances to the two mosques.

Ambulances that transported people with critical wounds to hospital were immediately cleaned, re-stocked, and sent back to the scene - sometimes three or four times.

Paul Bennett is a veteran of mass trauma, having worked as an ambulance officer through the Canterbury earthquakes.

However, he said the scene confronting him and his fellow ambulance officers at Masjid al-Noor on Deans Ave was the most horrific he had ever attended.

"The earthquake was Mother Nature and you could explain that in your head. The scene at Deans Ave was about hatred."

There were so many bodies when paramedics arrived that they couldn't get through the mosque entrance.

"We ended up having to lift the bodies over top of other bodies onto our stretchers."

The blood from victims was so profuse that it had formed a river, he said.

"That's a scene that you don't forget - it was literally flowing off terracotta tiles."

At a press conference to describe what he saw to media, Mr Bennett struggled to contain his distress and left immediately after he had finished speaking.

Special emergency response officer Karen Jackson - who was clad in a ballistic vest and helmet and escorted to the Linwood Avenue site under police guard - said the scene at Linwood Avenue was similar.

"[We] had to find a position between the blood and the bodies to treat the patients that needed treatment."

She and other emergency staff had to "just click into it".

With everyone there critically wounded, staff had to prioritise those people they thought they could still help, she said.

"A good half of the patients that I saw go into the back of ambulances, I expected to die within an hour, and the fact that only one has is incredible."

Medical dispatcher Dawn Lucas said it did not take long for the scale of the situation to become obvious. 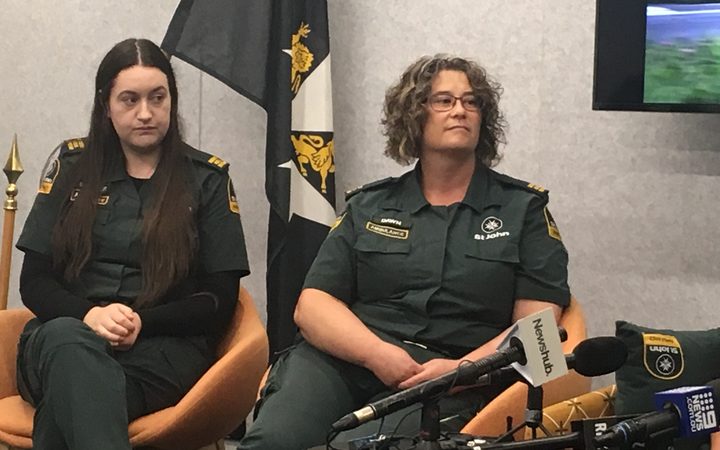 Call-taker Spencer Dennehy (left) and ambulance dispatcher Dawn Lucas were both working on Friday during the time of the attacks. Photo: Photo / Kate Newton

"For me, the enormity hit when you look at one job coming to [the] screen and the next time you blink, there were seven all at once, just like that."

The calls included distressed family members of those inside the mosque, desperate to help their loved ones.

Emergency call-taker Spencer Dennehy had to plead with one woman to stay away from the Linwood Avenue mosque.

"Her husband and her 2-year-old baby were in the Linwood mosque so she was very, very emotional and hysterical, so I was trying to be very strong for her.

"She was trying to get to the mosque to save her husband and her baby so we were trying to tell her to stop because it wasn't safe for her to be there."

Ms Dennehy said she barely slept after she got home that night, worrying about what had happened to the family, and was relieved to find out the next day that they had survived.

"I did go to the memorial and took flowers there, which took a bit of the pain away."

St John said a specialist psychological team had flown over from Australia to help support staff.

That support, and St John's own pre-existing support, would continue for as long as staff needed it.