Brenton Tarrant, who appeared in court today charged with murder, was active online expressing his views and held a standard firearms licence that allowed him to own limited-capacity automatic weapons. 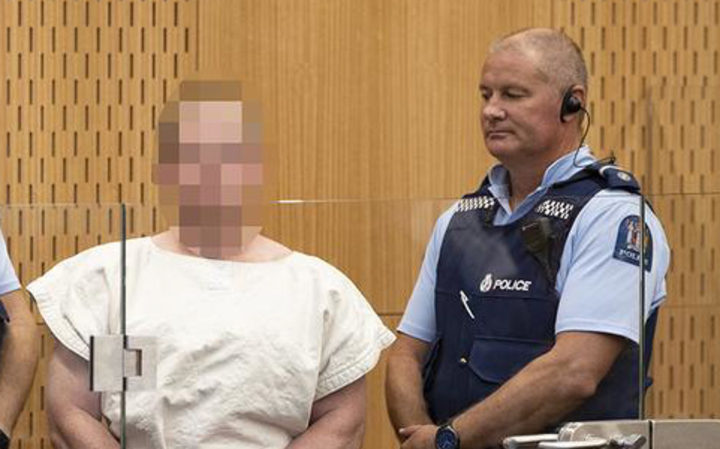 He got that licence in November 2017 even after a police background check into whether he was a "fit and proper" person.

The accused was active online before the attack, posting on social media sites.

He had five guns, including two semi-automatics and a shot-gun.

Council of Licenced Firearms Owners spokesperson Nicole McKee said she was surprised given the views he expressed online, that he had a firearms licence.

"We would expect that police will investigate thoroughly how that came about and will look at their own internal processes around that," she said.

The association did not know how Tarrant got his guns, she told RNZ. 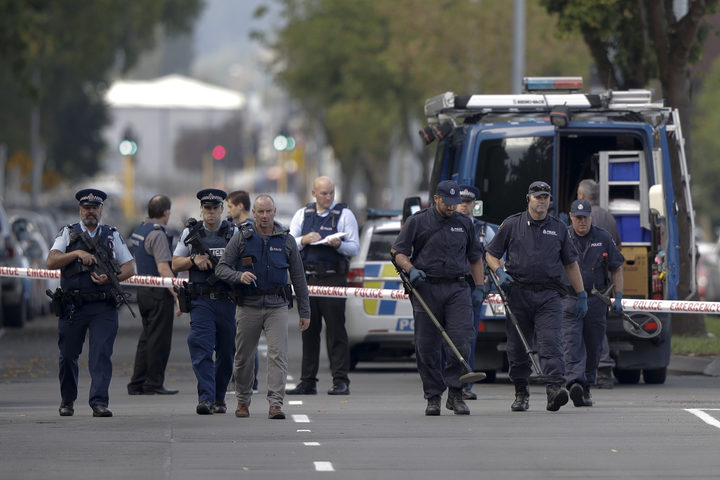 Police officers search the area near the Al Noor mosque, site of one of the mass shootings at mosques in Christchurch. Photo: AP

A sports store in Dunedin, where he had been living, sold a licence holder called Brenton Tarrant a bolt-action hunting rifle in 2017. Hunting and Fishing New Zealand said it did not sell him any semi-automatics, which it did not sell many of as a rule.

The city's two other gun stores would not talk to RNZ about it - one manager said he could check, but wouldn't as it was up to police to say.

Auckland firearms lawyer Nicholas Taylor said the police did not look at the online activity of a firearms licence applicant unless either of their two referees raised it as an issue.

"Unless that person or those people do, the police just don't have the resources to do that," Mr Taylor said.

But the checks with referees was flawed: These were with someone who lived with an applicant, and someone who knew them well, and did not account for applicants being close to people with similar views.

"That is one of the issues that has to be looked at. We're looking at the Arms Act from 1983 when there was no internet," he said.

He had raised what he saw as this weakness in firearms licensing with the police and the government over several years, Mr Taylor said.

"It was sort of either not having enough resources, or sort of it's in the too-hard basket, and also the resistance from the Minister of Police or Parliament to change the law." 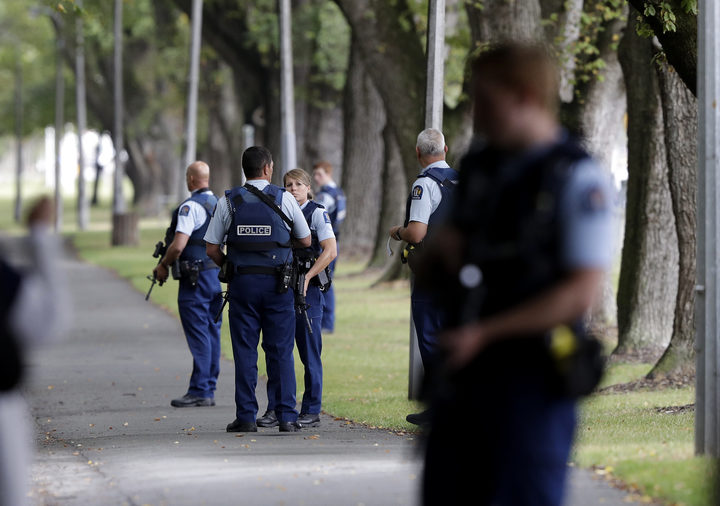 Police keep watch at a park across the road from a mosque after the shootings. Photo: AP 2019

Communications consultant Paul Brislen said the sort of activity Tarrant engaged in online was not hidden within the dark web.

"He seems to have been pretty public with regard to what he was saying ... so you'd hope that would have triggered at least some automated services."

An inquiry, even at the level of a Royal Commission of inquiry, was needed into what had gone on leading to the attacks, Mr Brislen said.

An inquiry could answer the questions around online vetting, the National Rifle Association said, and online safety group Netsafe agreed.

"Netsafe will expect a pretty thorough review of all aspects of the use of online information to inform and prevent tragedies like this," said director Martin Cocker.

Police in a statement said there were a number of things that may lead to an online check and it was not limited to what referees may raise.

"Police are required to determine if a firearms licence applicant is fit and proper. Each application is assessed individually, this includes determining who is spoken to, and may or may not include looking at online activity. All information gained contributes to determining whether the applicant is a fit and proper person to hold a firearms licence."