Authorities hope to have the bodies of victims from the Christchurch terror attacks out of the mosques by the end of today, Prime Minister Jacinda Ardern says. 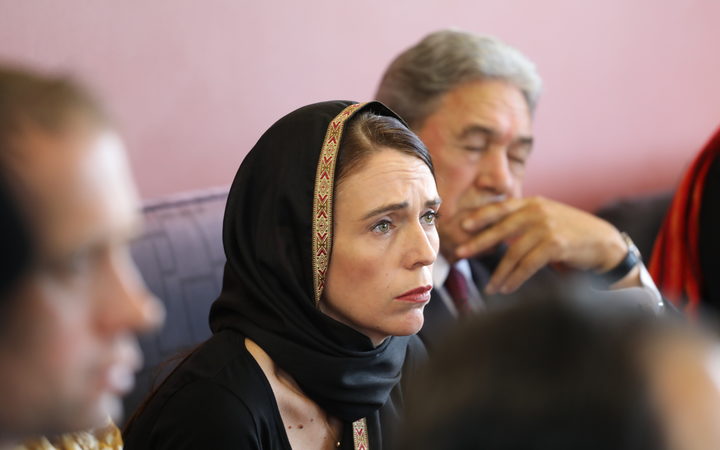 "[They are] working to repatriate their loved ones in a way that is consistent with Muslim faith while taking into account these unprecedented circumstances and the obligations to the coroner," Ms Ardern said.

The primary focus of the investigation was identifying victims and having them returned to their families.

"Burial is an extremely important part of the Muslim faith and police are aware of that.

"At Hagley Park the focus there was on them being able to access their loved ones. Front of mind for them of course is fulfilling their religious expectations and that is burial."

Of the 49 confirmed dead, it was uncertain how many were children, however Ms Ardern said victims were predominantly between the ages of 20 and 60.

"Police are working to build a picture of this tragic event. A complex and comprehensive investigation is underway."

Ms Ardern said the officers who made the arrested the primary offender yesterday would be recognised for their bravery.

"I have asked the area commander to pass on the thanks of all New Zealanders. They were rural community cops, I understand from Lincoln, who are present here, and for anyone who has seen the footage, [they] put New Zealand first."

She said the primary offender, Brenton Tarrant, was not finished with his attack when he left the Masjid Al Noor Mosque.

"There were two other firearms in the vehicle the offender was in and it was absolutely his intention to continue on with his attack," Ms Ardern said.

The police commissioner will brief media and the public on the investigation tomorrow, which will include more details of those arrested.

Ms Ardern had visited a refugee centre in Christchurch and where there discussed their disbelief.

"Their community leaders shared the same sentiment that has come through from New Zealanders generally.

Ms Ardern said to those who lost loved ones who were the primary earners in the family would receive compensation on an ongoing basis.

She said police were working to ensure New Zealanders were safe.

"The assurance I'd like to give New Zealanders around the increase in threat level…means we leave nothing to chance. Yes, we appear to primarily be dealing with one primary perpetrator, but we don't want to take anything for granted in terms of assuring New Zealander's safety."