By David Loughrey for the Otago Daily Times

A "sweatshop" set up in a Dunedin fashion store is intended to draw attention to throwaway clothing, and the cheap labour involved in making the clothes people wear. 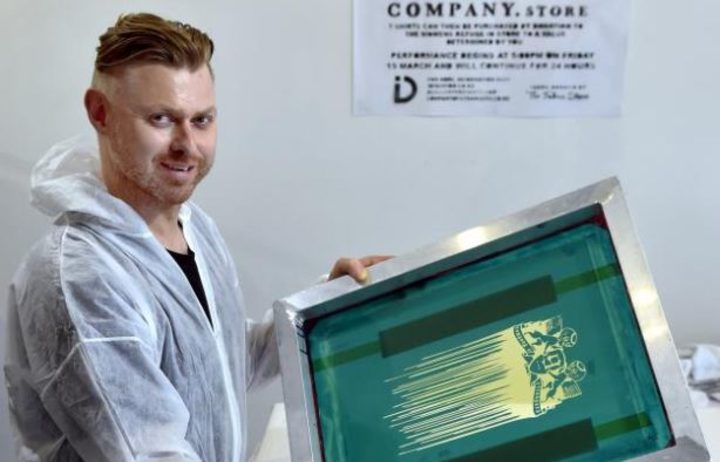 The idea behind the performance was to bring attention, during iD Dunedin Fashion Week, to the price of T-shirts that could be bought in shopping malls, Mr Hutchinson said.

He was also concerned about the rise of "fast fashion" - cheap clothes that could be bought and thrown away.

He said his mother made clothes for him when he was young, but eventually buying the materials was more expensive than "buying the cheap stuff".

People had lost the ability to make clothes, and manufacturers struggled to do so in New Zealand in the face of cheap imports.

He got involved in the fashion week project through collaborations he had done in the past with Company of Strangers.

Shortly before he was due to start, he said he expected the 24-hour stint to become "an endurance project".

He fully expected the threads on his overlocker to break as the night wore on.

The project would be filmed on a time-lapse camera. He planned to use the video as part of artist talks or put it on social media.

The finished product will be sold for a donation and the money raised will go to Women's Refuge.