Dunedin's Muslim community is in shock following the mass shooting in Christchurch. 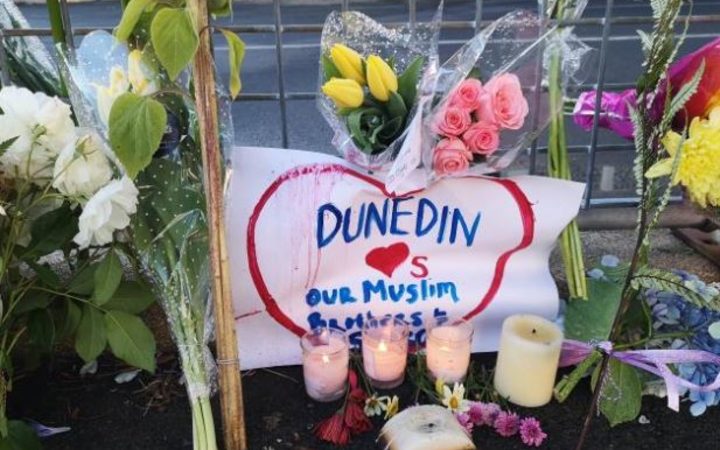 At least 49 people have been killed, and a further 42 injured, after a gunmen opened fire at the Masjid Al Noor in Deans Ave and the Linwood Masjid during Friday prayers at two mosques.

A man claiming to be behind the shooting posted online that his original target was the Al Huda mosque in Clyde St, Dunedin.

Armed police have been at the mosque since yesterday and it will remain closed until further notice. Flowers have been laid outside.

Mosque member Haizal Hussaini said there was much fear and anxiety among the community, even before they learnt they might have been the original targets.

The Otago Muslim Association sent out a notice asking its members to remain vigilant and contact the police if they felt unsafe, Mr Hussaini said.

He was unsure how the community would cope in the coming days, but they would continue to support each other.

Another member of the mosque, Steve Johnson, said an already horrible situation had been brought much closer to home, after learning of the gunman's earlier threat.

''It's horrible and we know people who attend those mosques and right now, we just want to make sure they are safe.''

Dunedin Mayor Dave Cull said yesterday the city stood united with the Muslim community after the horrific events in Christchurch.

''Today's events strike at the heart of everything which our community stands for,'' Mr Cull said.

Dunedin has taken in dozens of Syrian refugees in recent months, and has just started housing Afghan refugees.

''Many of these people have come to Dunedin and other parts of New Zealand for sanctuary from atrocities in their countries of origin,'' Mr Cull said.

''I want to reassure the Dunedin community, and particularly our Muslim community, that we stand united with them.''

"They have been met with an overwhelmingly positive response from our community, with many offers of support to help these families settle in.