Māngere Bridge locals want to involve the offenders in finding a long-term solution to drunken parties in the Auckland suburb. 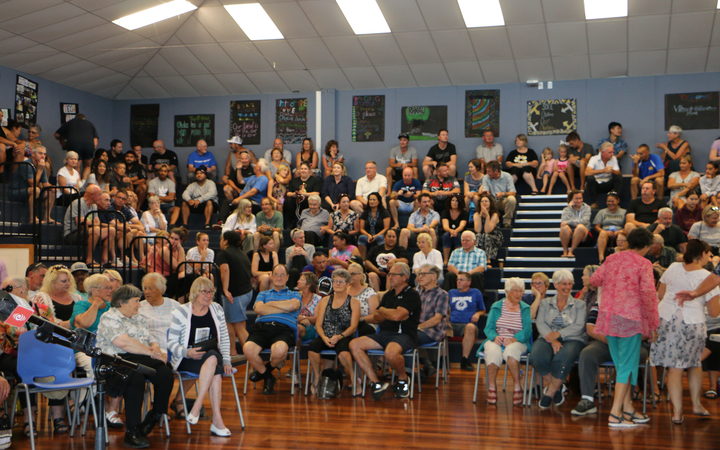 Increased patrols at a notorious Auckland hangout will continue for the foreseeable future, but locals say that's no real solution to the drunken parties there.

Last month, residents demanded the authorities come up with solutions to the excessively loud parties and rubbish-dumping at the bridge. Two people were injured in a shotgun shooting at the bridge in February.

Since then, police have increased patrols and the council has imposed a drinking ban, but locals say those are not the right answers.

About 50 Māngere Bridge residents turned up to a second meeting with authorities last night.

Detective Inspector Jarred Pirret, who was at the first meeting, agreed the police need to do a better job.

Since then, he said there have been increased patrols in the area and they have pulled in officers from other districts such as the North Shore.

"They've been focused mainly on the bridge, keeping it clear, reducing the amount of alcohol problems on the bridge. If we see any alcohol we're seizing it and we're enforcing parking restrictions there when we can," Mr Pirret said.

But he said police were still exploring a long-term solution, because increased enforcement was not sustainable.

Resident Meredith Fountain said while there has been improvement in some areas, Auckland Council has shirked its responsibility.

"The police would be the only people who've done anything quite frankly, that's actually visible, that we can see."

Ms Fountain said while ideas such as patrols and closing the bridge were options, community members needed to be involved in the long term solution.

Another resident Ben Ale said understanding why the individuals were acting up was crucial.

"We've got to reach out and find out what's going on in their lives," he said.

"How do you deal adequately with the group of people who are coming down to the Māngere Bridge Wednesday, Thursday, Friday, Saturday, ruining it for the greater Māngere Bridge community?

"I don't have the answers."

But Ms Sosene said she was confident a workshop between community members and the authorities at the end of the month would find them.