Rotorua residents are up for thousands of dollars to install new wood burners in order to comply with the city's new air quality regulations that come into force next year. 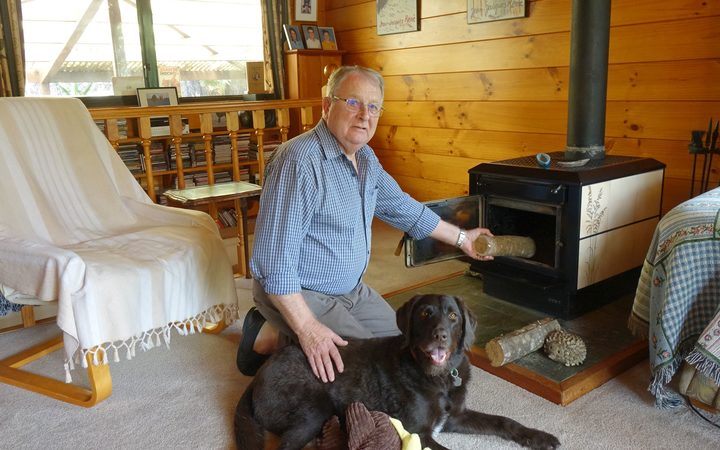 Bill Brislen hopes his new fire will be in and ready to go for winter so he and his dog Minnie could enjoy the warmth. Photo: RNZ / Andrew McRae

Any wood burner put in before 2005 must be replaced with either a new low-emission burner or alternative heating, such as a heat pump.

And that's got one resident hot under the collar.

Bill Brislen, 73, has no issue with the need for cleaner air but is concerned about the paperwork involved and the cost of a new burner, a new flue, and the installation.

Mr Brislen said purchasing a new fire had cost him $3000, plus $395 for a new permit and about $1000 for installation by a registered plumber.

He is lucky because his original fire was legally installed. For those whose burners were not, a resource consent costs $2400 and could be an additional expense.

Mr Brislen said while he understood why new fires were required, it was frustrating having to pull out what was a perfectly good fire.

He described the process of getting a building consent as a real effort, starting with filling out the paperwork.

"I was given an eight-page application and I had to provide house plans, a location plan of the house and altogether it probably took 15-pages"

"It all had to be submitted in duplicate."

Mr Brislen said he had to go to the council to apply for an installation permit and it then went into the system and the council decided whether you could or not install the particular unit.

"Once installed the council calls round to approve the installation and then you can use the fire."

The Rotorua Lakes Council said the consenting process, which was required under building legislation ensured buildings were safe for purpose by making sure the work was done properly.

Its planning and development manager Jason Ward said the council always endeavoured to make the process as problem-free as possible for those applying.

"There is a legislated requirement for a certain amount of information."

Mr Ward said the council had reduced this to the minimum required.

He said staff were available to help anyone with the forms. 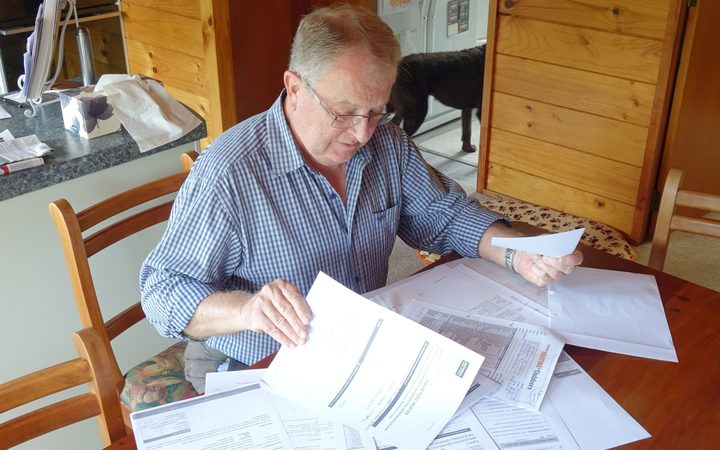 Bill Brislen, 73, has no issue with the need for cleaner air but is concerned about the paperwork involved. Photo: RNZ / Andrew McRae

Mr Brislen was particularly concerned about elderly people who may find the process daunting.

"I reckon it's about 12-weeks of superannuation to buy and install and get approval to use a new fire."

He said there was no immediate benefit for homeowners.

He accepted that there would be benefits in helping reduce air pollution.

"That is down the track, it's not an immediate benefit."

"They are asking for compliance but they are not encouraging compliance, they are demanding it."

Mr Brislen was concerned that some people might find it all too hard and just flout the law.

Financial help is available for people needing to replace their wood burner but the cost is added to property rates and can be paid back over ten years.

The council is in the process of developing a compliance and enforcement strategy for non-compliant fires after 31 January 2020.

It said it would try and work with those trying to do the right thing but were not achieving it before enforcement options were considered.

Mr Brislen hoped his new fire would be in and ready to go for winter so he and his dog Minnie could enjoy the warmth.