National Party MP Judith Collins has produced further examples of homes she claims were already under construction when they were brought into the KiwiBuild programme. 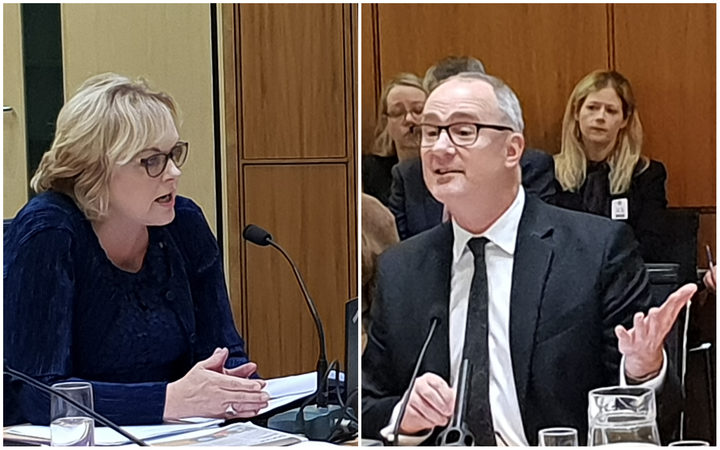 Ms Collins took aim at the Housing Minister Phil Twyford in Parliament today over the Government's underwrite guarantee of KiwiBuild houses, which she says were in some cases already built and clad when they were signed off.

Last week Ms Collins she asked him about houses in the Huapai development in north-west Auckland and why he included them in his KiwiBuild figures, even though they were all but built already.

And she put forward further examples in the House today.

"Why did he approve a Crown underwrite to build houses in Marshland, Christchurch, in November 2018 when council records show these houses were already under construction in April 2018 - seven months before he signed the Crown underwrite?"

"Why did he approve a Crown underwrite last November to build houses in Somerfield, Christchurch, when council records show the houses were built and cleared last September?"

The Crown underwrite, signed off by Cabinet in August last year, means taxpayers would have to foot the bill for any losses incurred by private developers over unsold KiwiBuild houses.

Mr Twyford said the test to determine if a KiwiBuild underwrite should proceed is, ultimately, whether the proposal will increase the supply of affordable houses.

"I'm advised that the threshold can be met in four key ways: by getting a development underway, by bringing forward a developmental or stage of a development that is scheduled for a later time period, or by redesigning part of a development to provide for additional affordable homes rather than a smaller number of more expensive homes."

Mr Twyford said he was aware of just four underwrites approved while construction was underway.

"The expected net cost to the Crown of these underwrites is zero. The homes are valued at $26 million or 4 per cent of the total number of underwrites and almost 0.5 per cent of total KiwiBuild homes."

But Ms Collins took another swing.

"Why has the underwritten already-built, three bedroom, one bathroom houses in Westpark, Rangiora, selling for $480,000 while Mike Greer homes are advertising neighbouring three bedroom houses with an extra bathroom and a larger floor plate on their own website for $20,000 less?"

Meanwhile, Mr Twyford has announced the government will not be creating any more Special Housing Areas, after the legislation expires in September.

It was established by the previous government to help fast track consenting, but the minister says the policy has failed to make housing more affordable.