The Crown says the High Court misinterpreted the Biosecurity Act and other legislation in upholding a damages claim from a group of kiwifruit growers relating to a PSA outbreak. 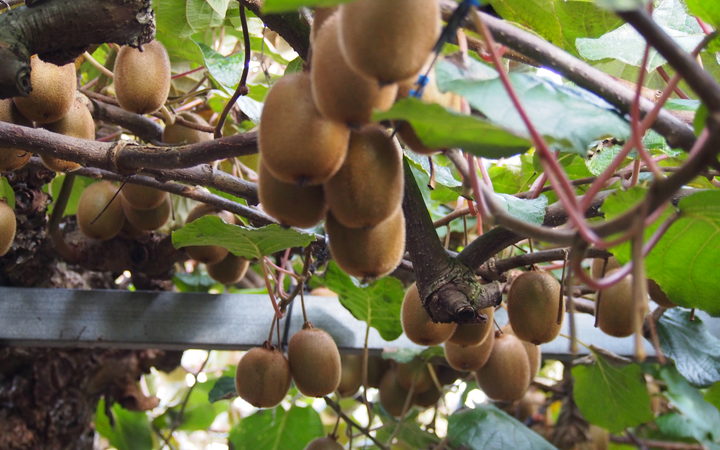 PSA, a vine-killing disease, came into the country in 2009 in a shipment of Chinese pollen products.

It is estimated to have cost the kiwifruit industry close to $900 million.

In June 2018, Justice Mallon ruled the then Ministry of Agriculture and Forestry (MAF) owed a duty of care to kiwifruit growers, as it was responsible for controlling what goods came into New Zealand and the risk of contamination should have been obvious.

However the Crown lawyer, Jack Hodder QC, told the Court of Appeal today the judgment failed to recognise that biosecurity risk management is subject to a statutory scheme established and overseen by parliament.

He said the Court of Appeal had several questions to consider, including did the then MAF have a duty of care to the kiwifruit growers and whether a breach by the ministry caused a loss to the growers.

"From the Crown's point of view, the implications are even wider; [Justice Mallon] says all growers have a right to claim compensation in certain circumstances."

Mr Hodder said at one level the case came back to a question of duty and if MAF had no duty to do certain things, then it had no liability for what happened.

He said that had to involve something more than saying "with the benefit of hindsight you should have done more".

Mr Hodder said there was no doubt that PSA3 affected the kiwifruit industry as a whole for some years and some people would have suffered serious loss as a result.

"Fortunately, a new variety was available to be released very quickly, Zespri was on the case and things have gone very remarkably well for those affected."

In reply to a question from Justice Courtenay, Mr Hodder said the requirement for microscopic inspection did not make its way into the permit [for importation of the pollen].

However, he said it was not clear whether that was an executive decision.

He said there was general pressure to have the inspection of the pollen carried out faster because it was considered the process was too slow.

Regarding changes to the inspection regime and efficiencies being made by MAF, the Court of Appeal President, Justice Kos questioned whether what Mr Hodder outlined suggested the organisation was going to take more risks.

"Surely if you assume a standard of efficiency in each case, if you have fewer resources, you'll be doing more with less?"

The Crown is continuing its submissions.

The case is set down for two weeks, with lawyers for the kiwifruit growers due to make their submissions next week.