A man has been rescued following frantic efforts to demolish a chimney which collapsed on him in Invercargill this morning. 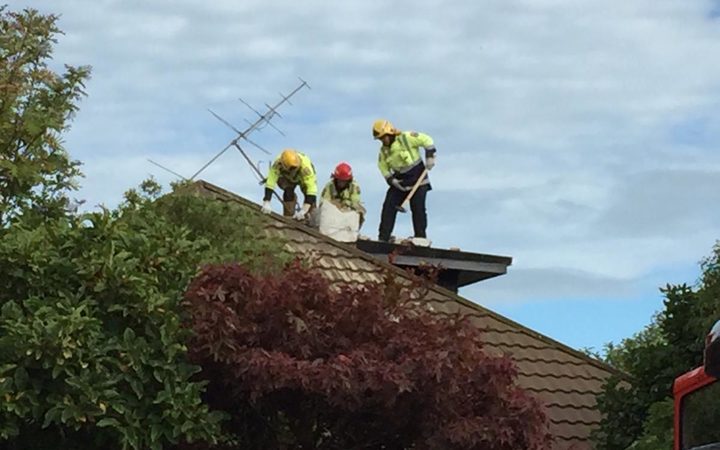 Firefighters are smash down a chimney after reports a man is trapped. Photo: ODT / Luisa Girao

A Fire and Emergency New Zealand spokesman confirmed they had received reports a man was trapped on Pomona St this morning.

A police spokesman confirmed they were called to Pomona St at 9.43am.

After they arrived firefighters began frantically smashing down a chimney on the roof in an effort to reach the trapped man.

By 11am the man, who was middle-aged, had been rescued and taken into care of ambulance staff.

The man was conscious, but had an injured arm.

The seriousness his injuries remains unclear at this stage.

A reporter at the scene said there were three fire appliances in attendance and a command unit.

A St John ambulance was also at the scene.