About 200 protesters gathered at Queen's Wharf this afternoon to oppose Auckland Council's plans to build a 90 metre long concrete extension into the Waitematā Harbour. 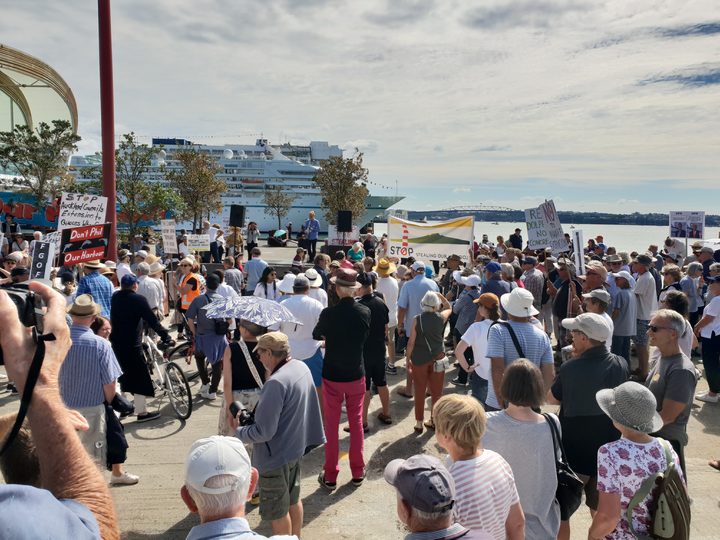 About 200 protesters have been opposing Auckland Council's plans to build a 90m long extension into the Waitematā Harbour Photo: RNZ / Amy Williams

The $14 million wharf extension will allow for huge cruise ships to berth.

The group Stop Stealing Our Harbour organised the protest. 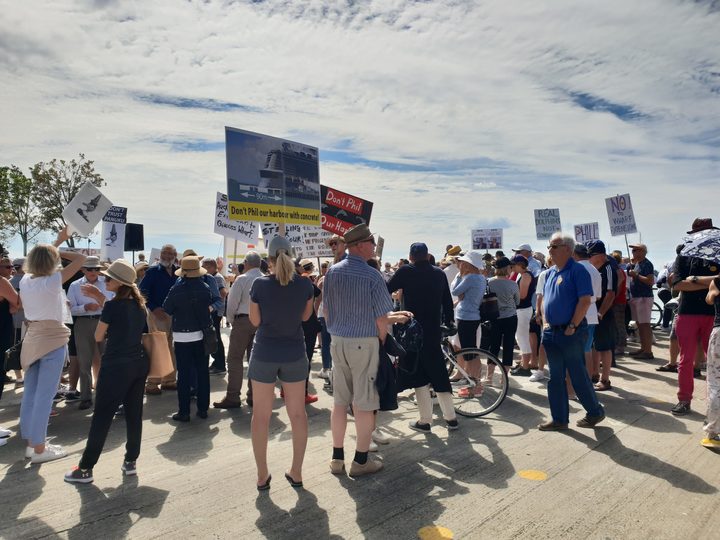 Its spokesperson Michael Goldwater said the wharf is one of Auckland's most important waterfront spaces, and the extension will remove a sizeable portion of the harbour from public use.

The Auckland Council's development arm, Panuku, said the number of cruise ships visiting would fall unless the wharf was extended.

Panuku said the extension was needed to allow larger cruise ships to berth in Auckland, which would boost the local economy. 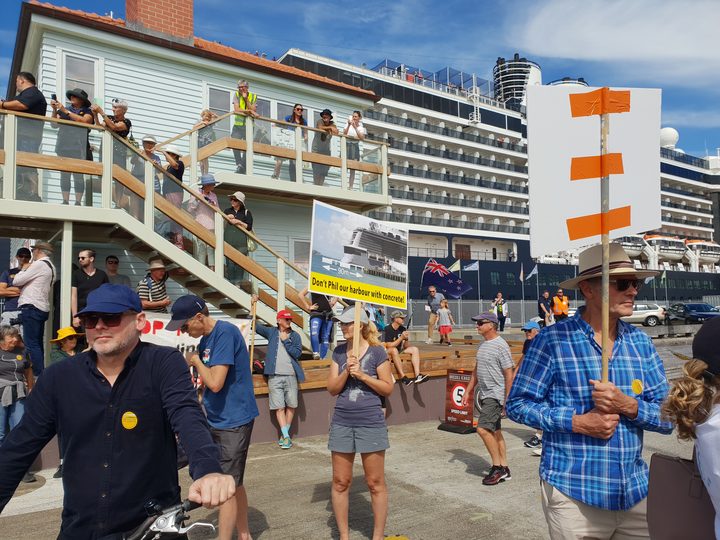