Three men have been arrested after an aggravated robbery in Auckland ended in shots being fired at the police. 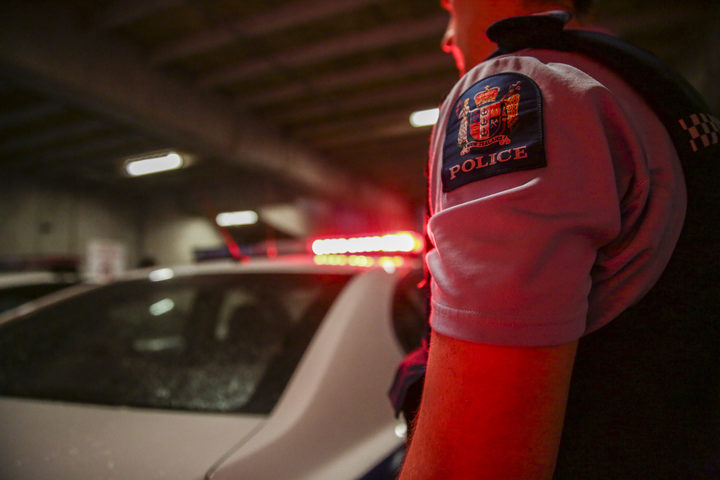 The police say they were called to a business on New North Road in Kingsland at about 4am.

Two men had threatened staff with guns, took money and fled the scene in a silver Mitsubishi Airtrek, which was found abandoned a short distance away.

A short time after the robbery, a black BMW was seen heading south and was pulled over by the police. One of the people in the car then fired in the direction of officers and drove off.

The police helicopter tracked the car towards the south-western motorway, where shots were again fired towards the police.

The vehicle made it to Māngere, when the men got out of the car and fled on foot through a cemetery.

The men were tracked down using police dogs and taken into custody.

Noone was injured during the robbery, or the subsequent shootings, the police said.

One of the men received minor injuries to his lower leg as a result of a police dog bite.

Three men, aged 39, 37 and 24, have been charged with aggravated robbery and using a firearm against a law enforcement officer.

They are due to appear in Auckland District Court tomorrow.

The police want to hear from anyone who saw either of the vehicles around the time of the incident. They also want to speak to anyone who may have found items that could have been discarded from the BMW between Onehunga and Māngere.