Primary school teachers say government employment negotiations have been conducted in bad faith, with the Ministry of Education not prepared to shift the value of its offer. 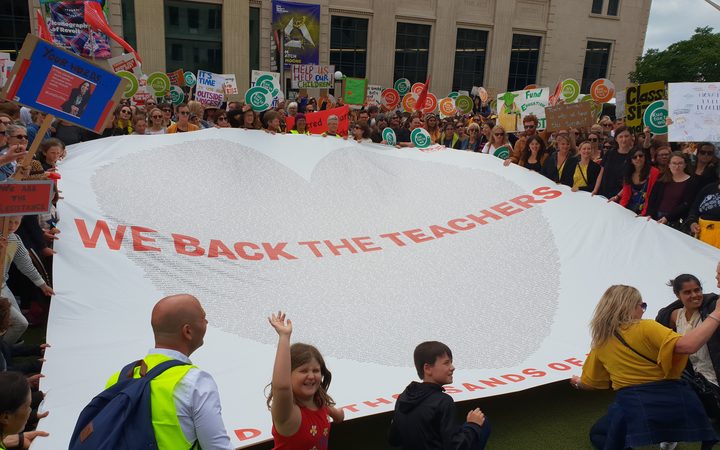 The latest round of negotiations by the primary teachers union ended this week with the ministry offering its original package of pay rises, totalling $698 million.

The ministry said the sum could be divided in different ways and made two new offers - one bringing the date for raises for top-paid teachers forward to one year instead of two, the other offering 10 extra hours of non-contact time per year for three years.

Paul Goulter from the New Zealand Educational Institute, the union for primary school teachers, said that members were unhappy with the negotiations.

"We call that take it or leave it bargaining and that's absolutely not the way negotiations should be conducted. It's condescending and our members absolutely reject it," Mr Goulter said.

"It demonstrates no interest at all in settling the dispute and it completely ignores the fact that we have a staffing crisis in New Zealand's education system."

The ministry said its latest offer had been described by the ERA as ''handsome and competitive''.

Ellen MacGregor-Reid from the ministry said the $698m was the total amount available for bargaining, but union demands added up to $2.5 billion.

She said primary school retention rates were high, and the number of people training to be teachers had increased.

The union will vote in two weeks on whether to accept the offer, or whether to strike the same day as a secondary school teachers strike, on 3 April.