A man climbed on top of a row of pipes above Wellington's Terrace Tunnel forcing its closure for 10 hours has pleaded guilty. 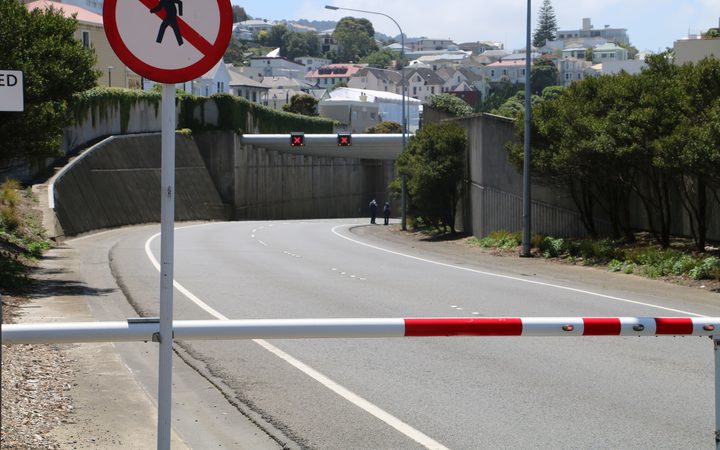 The Terrace Tunnel in Wellington has been closed off all afternoon. Photo: RNZ / Meriana Johnsen

The man has interim name suppression and appeared in the Wellington District Court today, where he pleaded guilty to dangerous driving and unlawful possession of a knife.

On 3 January he was arrested after sitting on the large metal pipes above the Terrace Tunnel for 10 hours.

Before he climbed onto the pipes, he had sped from police, driving his car northbound in a southbound lane, colliding with another car heading into the city.

He then left his car, brandishing his knife, and climbed over a safety barrier onto the pipes above the motorway.

The man will be sentenced in June.

More than than 20 police staff - including AOS, police negotiators and dog teams - assisted in the hours of negotiations with the man.

Four double decker buses were parked underneath the man to reduce the drop space.

Traffic backed up across the central city during the tunnel closure.