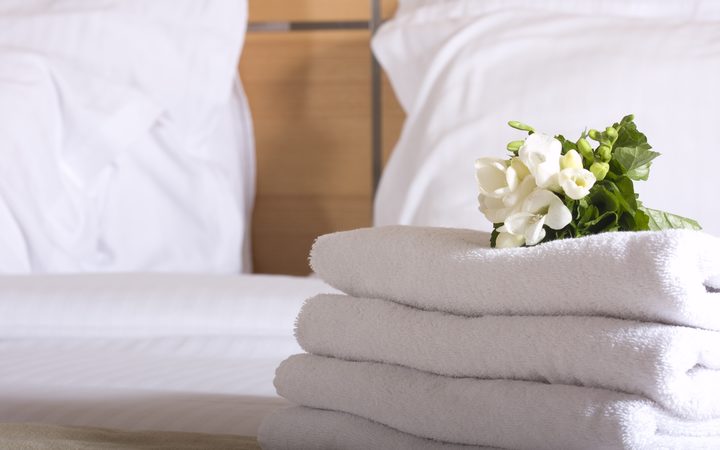 More than half of the growth was from guests nights in hotels. Photo: Photo /123RF

It was a 2.3 percent rise from the previous year.

More than half of that growth was from guests nights in hotels, which reached 14.5 million in 2018.

An increase in room availability helped to boost the figures.

"The number of hotel rooms available in New Zealand fell after the Canterbury earthquakes in 2010 and 2011," Ms McKenzie said.

In the last two years, close to $500 million worth of short-term accommodation build work was consented.

"Hotel capacity is now around pre-earthquake levels, supported by recovery in Canterbury, as well as more rooms opening up in other parts of the country," she said.

"Building consents reflect the intention to build, with the work usually being done in the next year or two. Consents for short-term accommodation issued in 2018 indicate more hotel capacity in the pipeline."