Almost 42 years after he died, the King is still drawing the crowds. 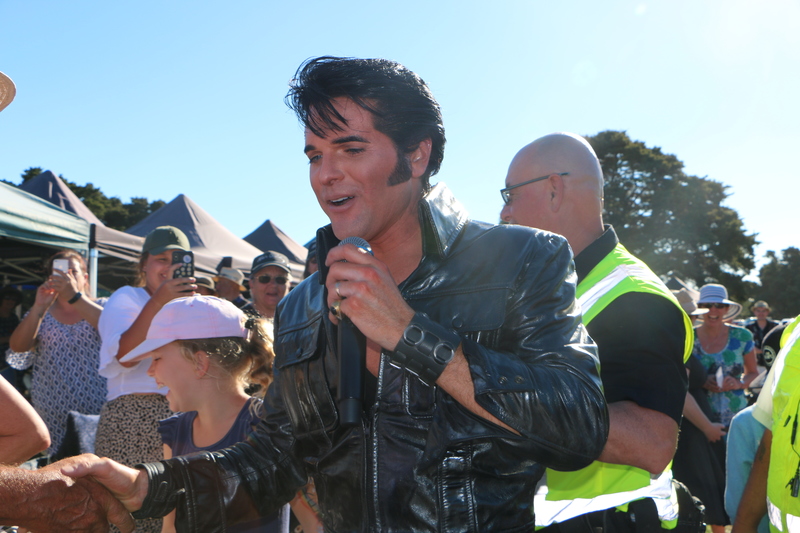 Headline act, Dean Z, on a walkabout through the crowd. Credit: RNZ/Joanna MacKenzie 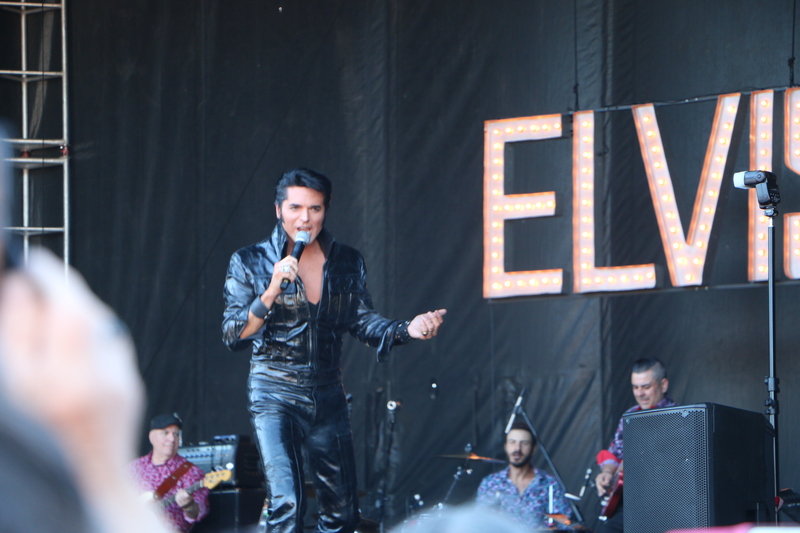 Dean Z on stage told the crowd "Elvis lives on" with them. Credit: RNZ/Joanna MacKenzie 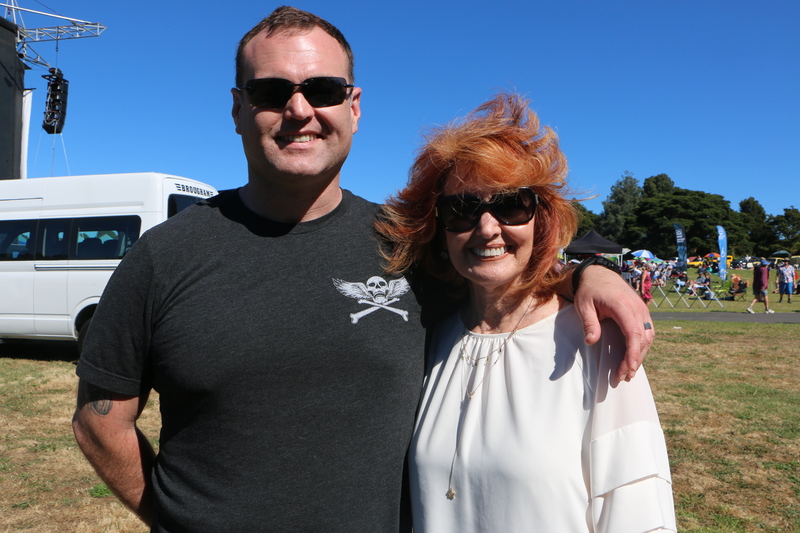 Cousin of the King, Donna Presley (r), and her son Jamie Jordan. Donna was special guest at the concert for a second year running. Credit: RNZ/Joanna MacKenzie 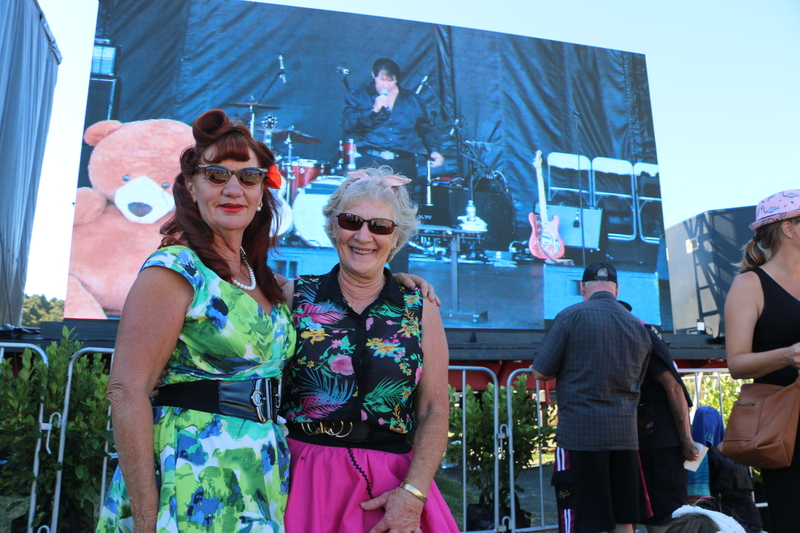 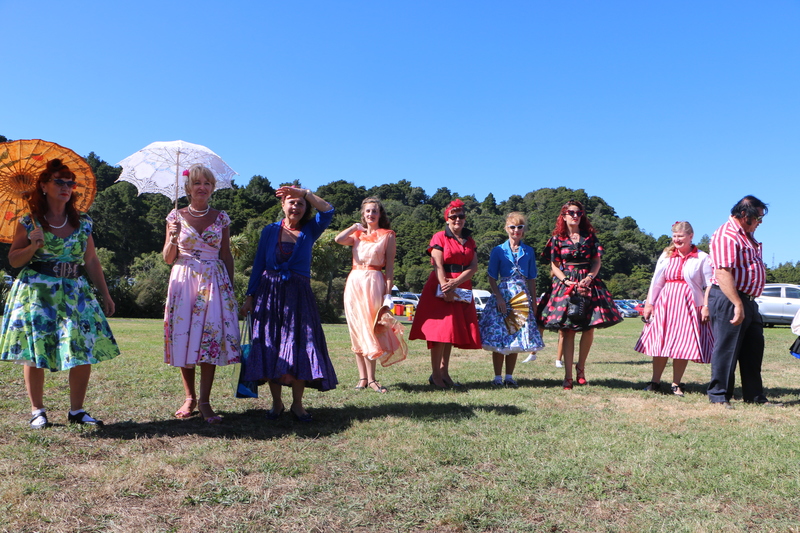 Competitors dressed up for the Vintage competition. Credit: RNZ/Joanna MacKenzie 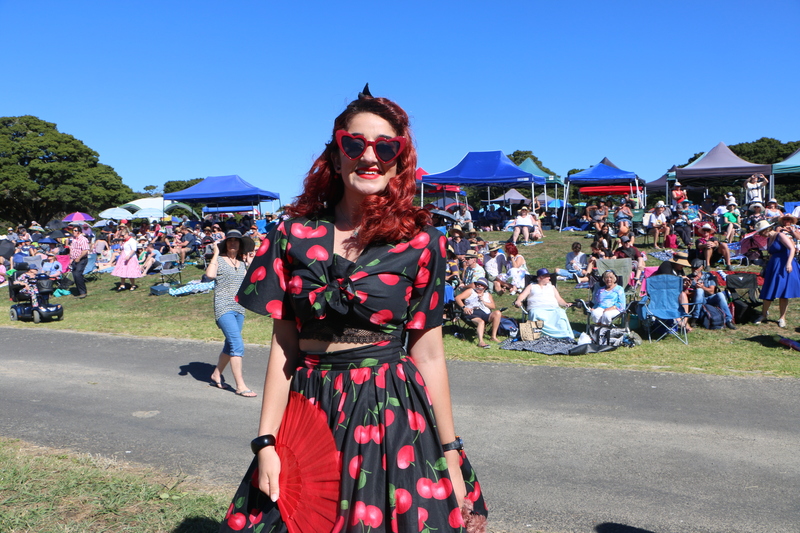 Magan Bowker from Auckland, one of the competitors for the Vintage Competition. Credit: RNZ/Joanna MacKenzie 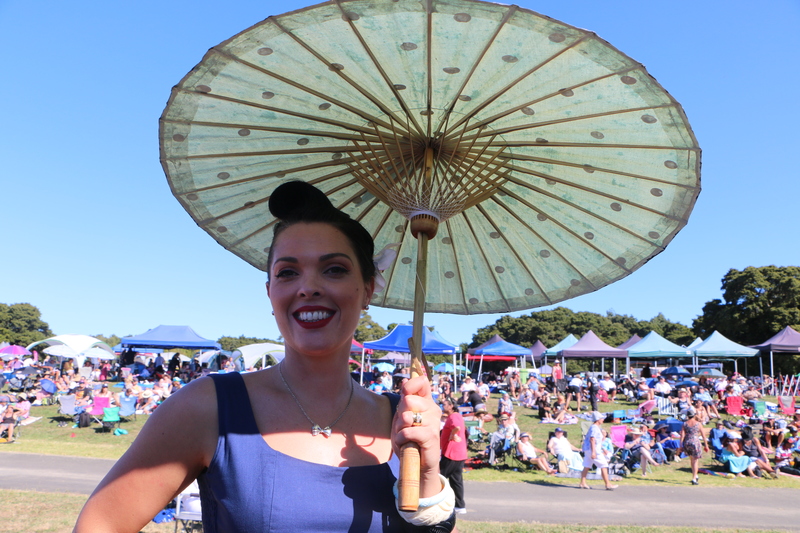 Shireen Wells from Papkura dressed up for the day. Her hair took 30 minutes to do. Credit: RNZ/Joanna MacKenzie 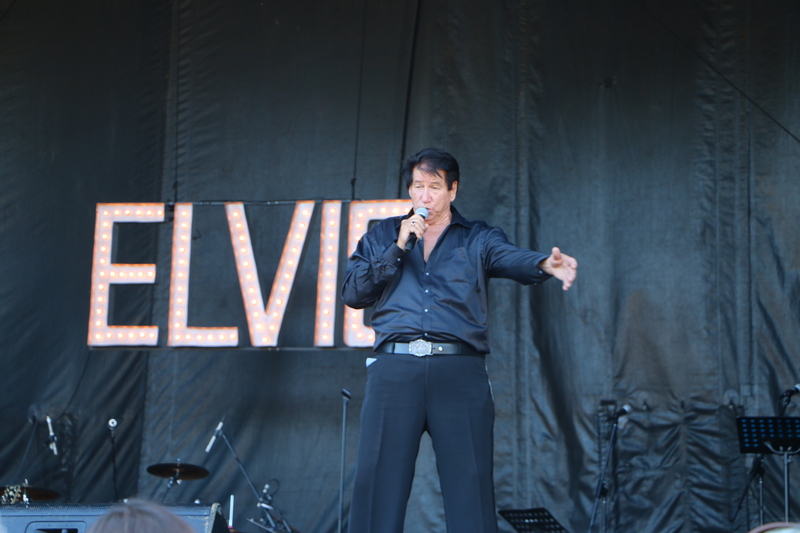 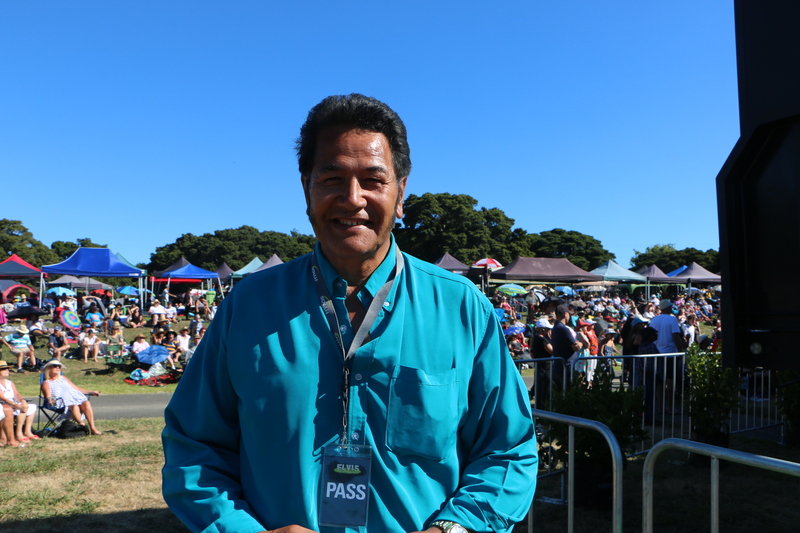 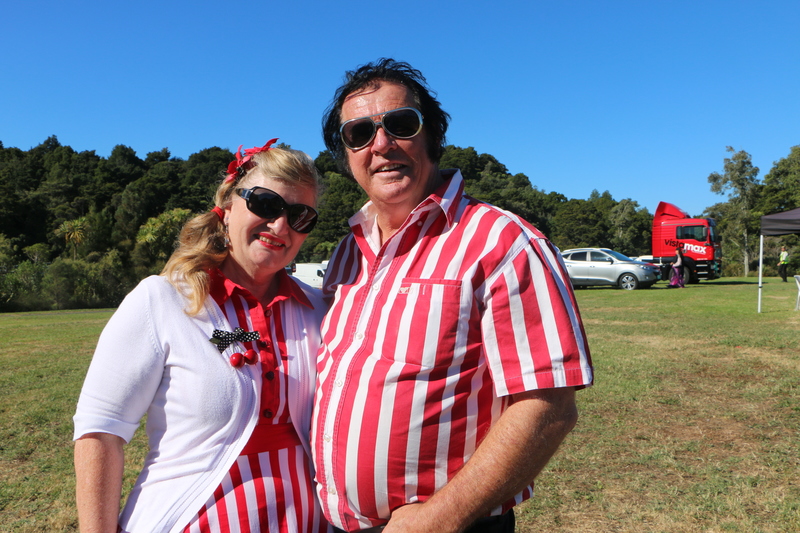 Alex Pursehouse from Australia says his wife Stephanie married him 42 years ago because he looked like Elvis. Credit: RNZ/Joanna MacKenzie 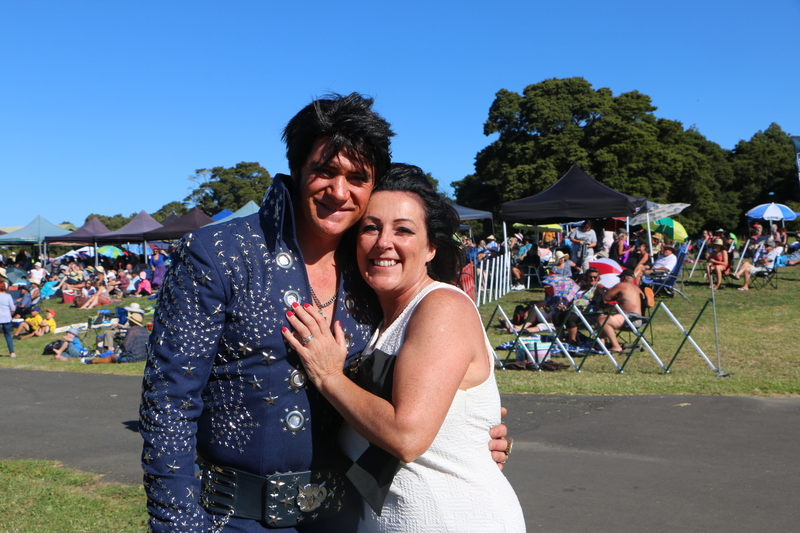 British Elvis tribute artist, Dean Craig with his wife Dawn. He says it is an "honour" to perform at the show in Auckland. Credit: RNZ/Joanna MacKenzie 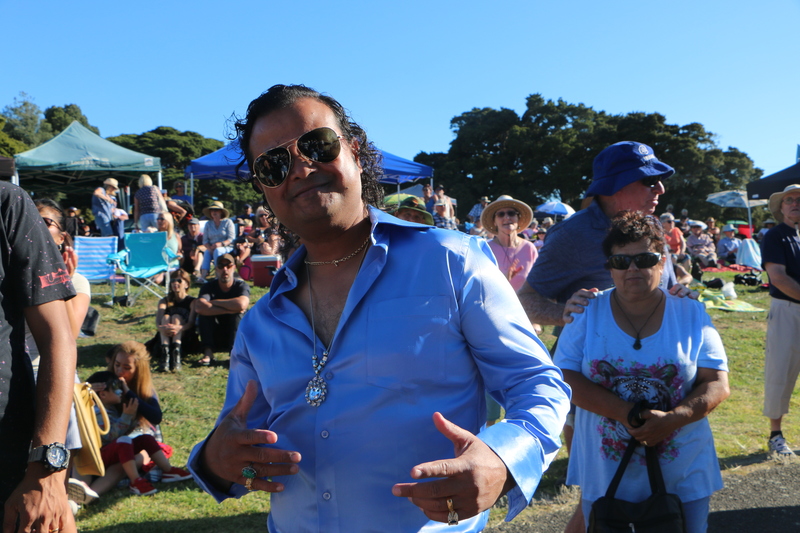 Duane Tully from Auckland was dancing in the crowds. Credit: RNZ/Joanna MacKenzie 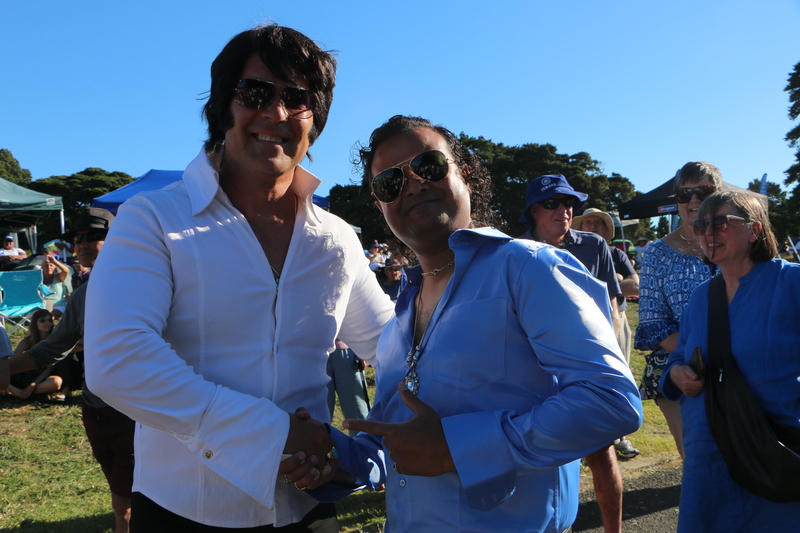 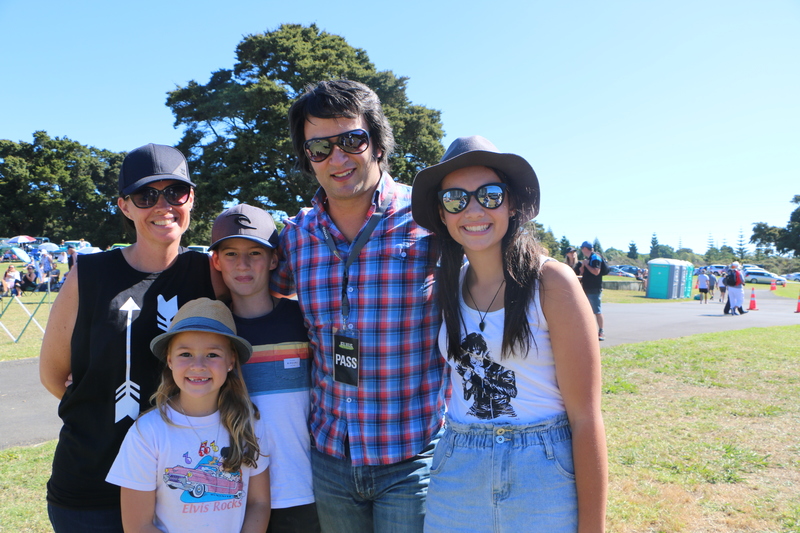 NZ Elvis tribute act, Che Orton with his wife Lucy and children, Mila, Ben and Mila. Che started doing Elvis as a joke when he was 15 and now works full time as a performer. Credit: RNZ/Joanna MacKenzie

Thousands of fans danced and sang their way through the tenth annual Elvis in the Gardens Concert in Auckland on Sunday.

But the Auckland couple behind the event are concerned for its future if they cannot get more funding to keep it a free family event.

Katrina Winn and her husband Kerryn, receive funding from two trusts and some from the council and local boards to run the concert.

But they say they will need corporate sponsorship or their options would become limited next year.

"We either shrink it or we turn it into a paid event - and we don't want to do that.

"I'd rather not do it at all than it cost money, so keeping it free is a priority," she said.

She said there were already three top performers from the United States booked for next year's concert so she hoped a solution could be found.

Elvis tribute acts had travelled from all over the world to perform at the weekend's eight hour concert in the botanic gardens.

One of the world's top Elvis acts, Dean Z, headlined the show and was mobbed by fans as he went on a walkabout through the crowd.

During his performance, knickers were thrown on the stage, but that did not faze Dean Z.

"Well, I think she thought she was at a Tom Jones show for a second there.

"But you know what, I think people bring that sort of stuff because it gets them in the mood, it's all in good fun and good spirits," he said.

The special guest at the concert was Donna Presley, a cousin of Elvis who lived at Graceland as a teenager.

This was her second year at the show which has a special place in her heart.

"Last year, I landed as a stranger but now it's like coming home, this is extended family for me.

"To see the love that people have for Elvis when it's been almost 42 years since he passed away," she said.

There were local Elvis tribute artists, as well as one from Australia and the United Kingdom.

Dean Craig had come from Leeds in the UK and said it was an honour to perform at the concert.

"I think it's the love of Elvis that brings everyone together. A lot of the songs resonate with people on a personal level.

"They hold special memories for people, and it means so much to everybody."