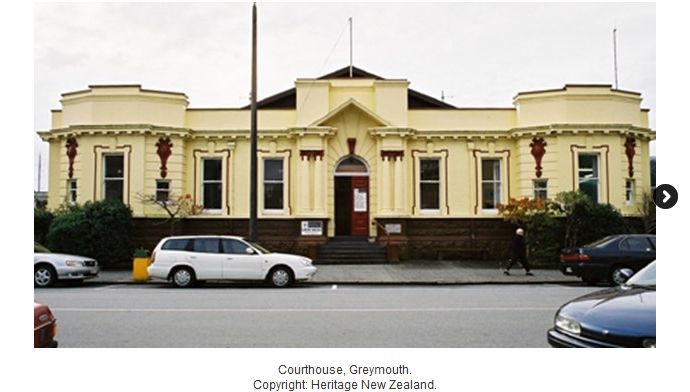 The 105-year-old former Greymouth courthouse is up for sale. Photo: Heritage New Zealand

The early 20th century building has many of its original features, including rimu panelling, doors and skirting.

It was built in the imperial baroque style and is a heritage building but is no longer being used.

Fraser Gibbs from the Ministry of Justice said the single storey courthouse it was a unique opportunity for anyone with a passion for heritage.

"While the building has deteriorated and needs major refurbishment and strengthening, it has many possible uses and is looking for the right buyer who can see its potential," he said.

A new courthouse has been in use in Greymouth since 2007.

The land, which is leasehold to Mawhera Incorporated, is excluded from the sale.