The Minister in charge of the bill which would allow people to easily change the gender marker on their birth certificate says she can't give a timeline for the next steps she will take, despite calls for her to do so. 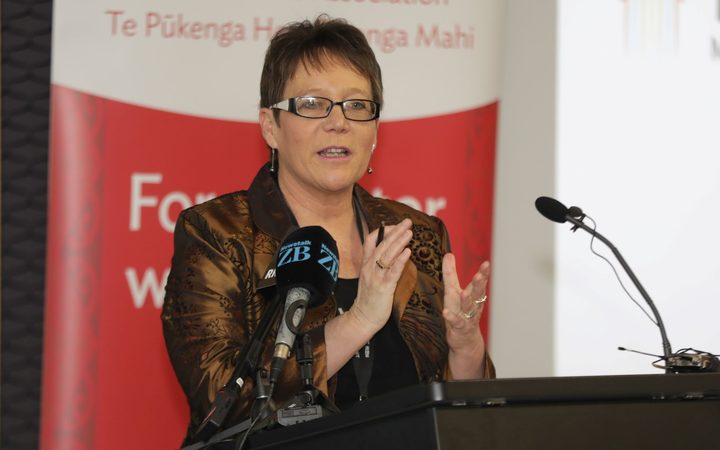 On Monday Tracey Martin announced that her Births, Deaths, Marriages and Relationships Bill is on hold because of "problems caused by the select committee process".

"The self-identification clauses were added at Select Committee after public submissions had closed. As a result, some people may have missed an opportunity to make their views on the clauses known," she said.

The Governance and Administration Committee recommended on 10 August that the bill be passed with these clauses.

Amendments to the bill included replacing the current process to amend the sex marker on a birth certificate to a process based on self-identification. The committee said this makes the process simpler and more accessible.

Currently, to amend your sex on a birth certificate to match your gender identity you must provide expert medical evidence to satisfy the Family Court.

In 2008, the Human Rights Commission's report on the discrimination of transgender people in New Zealand found that having consistent documentation could affirm a trans person's gender identity and dignity, form an important part of the process of transitioning, and help solve the problem of incorrect documentation undermining one's identity and being a constant reminder that their sex and gender identity are seen as being incongruent.

The minister told RNZ work will start immediately on the next steps in order to progress the bill, but she cannot provide a timeline for this.

"I have already asked officials to investigate how the barriers associated with the current family court process to change registered sex can be mitigated," she said.

She also said officials are developing options for stakeholder engagement that may test this.

"When this will take place, and what the engagement process will look like, is yet to be determined."

Ms Martin said in regards to the self-identification clauses that would allow someone to legally document their correct gender, the issues raised in advice from the Crown Law Office will be worked through to identify how to improve these.

"The timeline of the above next steps is yet to be determined, but work will commence immediately."

The Human Rights Commission has said there "needs to be a clear timeframe for resolution of these issues" and that "the current system for amending gender on birth certificates is burdensome and harmful for trans, non-binary, and intersex people".

With the Bill having been through the Select Committee process it is disappointing that at this very late stage a need for further consultation has now been raised. There needs to be a clear timeframe for resolution of these issues.

It said the current process is out of step with international best practice for human rights.

When announcing the bill would be put on hold, the minister said the amendments to the bill "occurred without adequate public consultation".

However, whether or not further public consultation on the bill will take place is unclear as Ms Martin said it will be dependent on the outcomes of policy work.

Before the minister deferred the bill it was awaiting a second reading in the House.

Proponents of the bill have raised concerns that deferring the bill "risks rolling back existing rights in New Zealand."

Former Labour and United Future MP Peter Dunne, who first proposed the bill, said on Twitter that the deferral "looks like a reaction to lobbying from moral conservative who do not like the select committee recommendations which to me are logical".

And, what's more, the committee would have been keeping the Minister informed, albeit informally, every step of the way on their thinking, and had she concerns, she could easily conveyed these to the committee, again informally

Tracey Martin said mitigating barriers associated to the Family Court process may include: