Fire crews are battling a blaze in a forestry block near Picton Airport this afternoon. The fire that spread across 10 hectares has almost been contained. 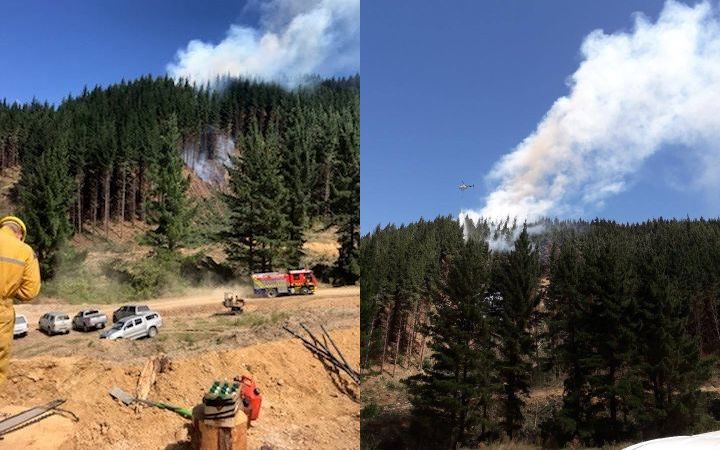 The scene of the fire in a forestry block near Picton Airport. Photo: Supplied

The blaze was reported at 1.20pm and currently involves a 100x30 metre block of pine trees.

Four choppers filling monsoon buckets at a nearby dairy farm had almost managed to contain the blaze.

A spokesperson for the Fire Communications Centre said the fire was on a hill and wind gusts of up to 50km/h and tinder dry conditions had made their job harder.

"It does create an issue as fire can travel quicker up a hill area. I can't confirm that's the situation on this occasion but it is on a hilly area and not on the flat."

As with Tasman, where 20 residents were evacuated due to a flare up just yesterday, the Marlborough District was very dry, she said.

Flights in and out of nearby Picton Airport had not been affected.