People in Porirua want Oranga Tamariki to keep its hands off local children after a sharp rise in the number who have been taken into state care. 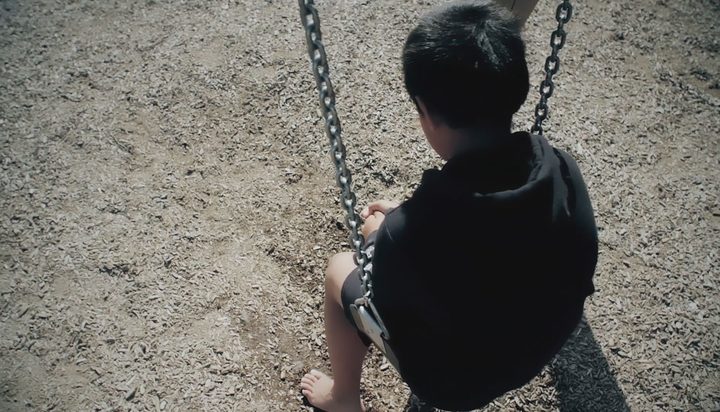 Figures obtained by RNZ show 68 children were removed from their parents in Porirua in the year to June 2018, up from 40 children the year before - a 70 percent rise.

When a child is taken from their family in Porirua, some end up at an Oranga Tamariki transition house, run by caregiver Hinemoa Metekingi.

"It's absolutely ridiculous and I think they should be held accountable," she said. "It might be that they don't have enough tolerance, because actually why is Porirua so bad?"

In the 2017/2018 year, 68 children were removed from their parents in Porirua. However, just up the road in Wellington, 33 children were uplifted.

"Is it about black and white? Māori and Pākehā? I don't know but I just think it's ridiculous and actually as a Māori I find it offensive. Keep away from our families. Put some other help in there for them and stop taking those kids."

Porirua now ranks behind only Hastings and Napier for the number of children taken into care by Oranga Tamariki.

Addiction support worker Ashley Sagar said some of the families have lots of children, and are grappling with poverty, gangs, and drugs and alcohol abuse. But she said not all of them should lose their kids, and she fears social workers are making snap judgements about Māori and Pacific whānau.

"From a Pākehā perspective, [the figures] may seem like we are bad parents. But the way I see it, it's like they are being picked on," she said.

"It's like they're being targeted because that might not be a traditional view of a family... Whomever is looking at them under these microscopes, that they aren't functioning how they would want them to."

Mere Elkington has worked with whānau in the process of losing their tamariki and said they do not know their rights, nor how to keep their kids. Despite rebranding in 2017, she said Oranga Tamariki has a negative reputation around town.

"I can tell you now - there are not positive feelings or words being said about Oranga Tamariki," she said.

"Especially around the title "Oranga Tamariki" you know that's what I call two Māori words being abused. Use some other words in English... Oranga is a holistic view of wellness, of everything that consists of being Māori - of being well."

In September 2017, a spike of 24 children were uplifted in one month. Oranga Tamariki said most of the children came from three large families, and had been exposed to serious harm such as family violence, drugs, alcohol, and sexual abuse.

Wellington regional manager Cassie Revel said the numbers may fluctuate from year to year but no specific concerns had been raised with them about Porirua.

"The Porirua community has faced some significant challenges in recent times. This has undoubtedly created stress within the community and may have led to concerns for the safety of some children," she said.

A number of staffing changes occurred in Porirua throughout 2017 and 2018. The previous site manager left the organisation in July 2018, and a new manager remains in the role.

Ms Revel said the site has formed relationships with iwi and Māori organisations.

"The Porirua site is led by an experienced manager who is setting priorities amongst her team of quality practice and strong partnerships."

Hinemoa Metekingi accepts some children do need to be taken from their parents, but said the system is flawed and the Māori community needs to be brought in sooner.